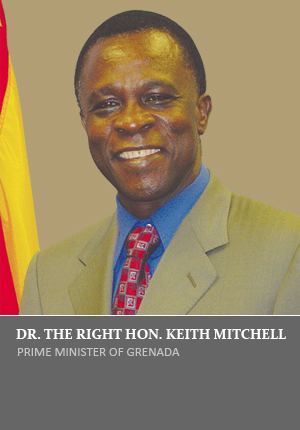 Prime Minister Dr. the Rt. Honourable Keith Mitchell says reducing unpaid claims in the treasury and improving the country’s investment climate are urgent areas of priority for his new Administration.

Prime Minister Mitchell, who is spending his first week on the job following General Elections last week Tuesday, told the media in his first official briefing on Monday that his Administration will have a strong focus on job creation in the country.

“Clearly investment climate, we have to send the right climate our language is speaking to that already, we have renewed contact with a lot of our friends, regionally and internationally. You will be seeing a number of persons coming in here holding discussions and ready to move. So job creation is crucial and investment climate is key to the concept of job creation so that is going to be a top priority as far as that is concern,” he said.

Disclosing that there are unpaid claims in the treasury of EC$86 million, the Prime Minister is of opinion that once the monies are paid, the impact on the local economy will be positive. “You know what that means; monies that should have been circulated in the country for services rendered… clearly would mean some impact on economic activity and the effect of monies being spent certainly would affect the quality of life of people,” he said.

“I want to address this issue very urgently and I know when these monies are paid it would certainly have an impact on people’s initiative to do Private Sector activities out there and create jobs”.

Members of Dr. Mitchell’s Cabinet will be officially sworn in during a National Ceremony at the Grenada National Stadium on Sunday.

NOW Grenada is not responsible for the opinions, statements or media content presented by contributors. In case of abuse, click here to report.
Tags: cabinetclaimsdebteconomygovernmentjobmitchell
Next Post

Chester Humphrey continues to be in charge