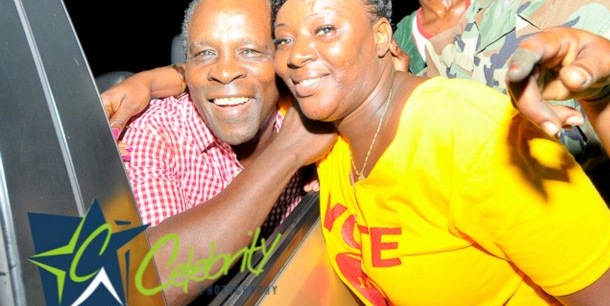 Political Leader of New National Party Dr Keith Mitchell created history on Tuesday 19th February when for the second time he was able to achieve a landslide victory by NNP winning all the 15 constituencies in the general elections.

“This is not Keith Mitchell’s victory, this is your victory, this a victory led by the Almighty God,” he said when he finally addressed supporters at a celebratory gathering on Tuesday night at the Roy St John Playing Field.

Dr Mitchell whose NNP was booted out of office in 2008 by the National Democratic Congress (NDC) of outgoing prime minister Tillman Thomas when they won 11 constituencies, said he hoped that the victory will result in him leaving a legacy of having united the people of Grenada.

Supervisor of Elections Judy Benoit in presenting the preliminary count announced that each constituency was won by the NNP, which had only four seats in the last parliament. Almost 85% of the 62,146 people who were eligible to cast a ballot in the general election voted. In total the NNP received 31,014 while the NDC received 20,326 votes.

“As I watched your faces through the campaign… I am even more deeply committed that all of us must be a united family,” Mitchell told supporters. “I have accepted the awesome responsibility that you have placed on my shoulders, me and my team,” he said, adding he was accepting the challenge with “the greatest humility”.

In an emotional plea for the various national stakeholders such as the trade union movement and civil society to work with his administration for the improvement and development of the country he said, “Join with us to build the country. I cannot afford another failure.”

Expressing his disbelief at the clean sweep, Dr Mitchell said, “I have asked Almighty God what have I done to deserve this, insisting, “this is not a Keith Mitchell victory, it is your victory. He said he wants his legacy of 30 years in public life to be “that I have done all I can to unite the people of Grenada, Carriacou and Petite Martinique”.

The results were a harsh blow for Thomas and the NDC that sought to portray itself as a united party following the infighting that led to the dismissal and resignation of senior cabinet ministers including tourism minister Peter David and foreign affairs minister Karl Hood.

On his Facebook page Randal Robinson who contested against Gregory Bowen for the St George South East seat said: “We lost every seat. The people have rejected our party completely. A sad day for us but we will survive.” Congratulating the New National Party on its resounding victory at the Polls Robinson said that “The people have spoken loudly and we must respect their voiced protest.”

NOW Grenada is not responsible for the opinions, statements or media content presented by contributors. In case of abuse, click here to report.
Tags: electionkeithlinda strakermitchellndcnnpresult
Next Post 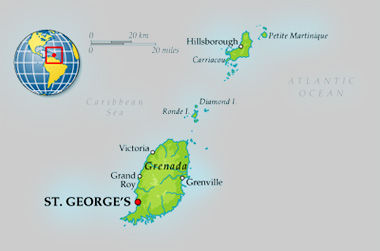