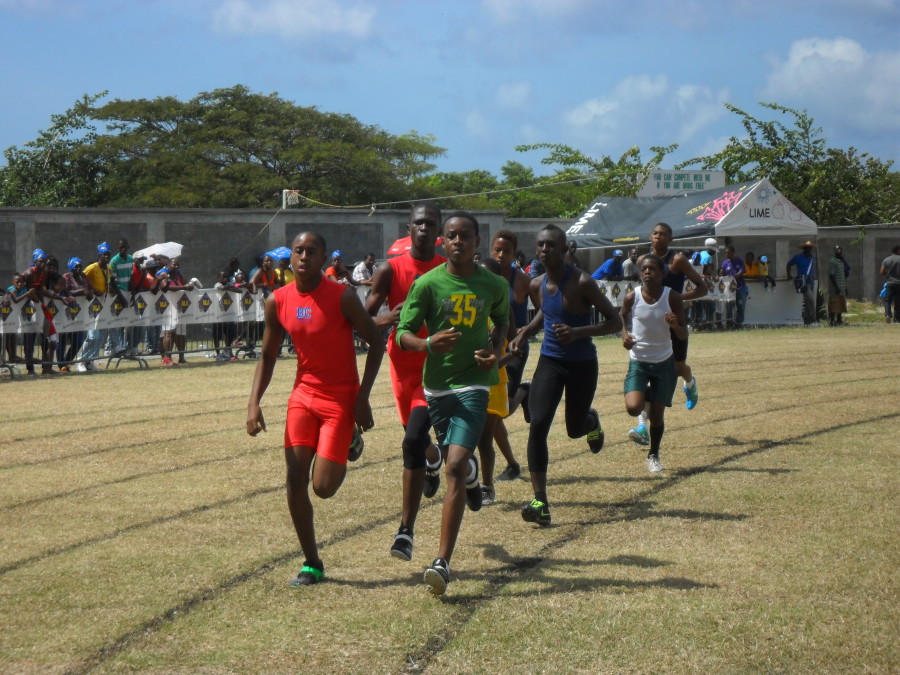 Hillsborough, Carriacou, March 8, 2013: New Minister for Sports Hon. Emmalin Pierre was among hundreds of spectators who witnessed the thrilling victory of the Hillsborough Secondary School at the 3rd Inter-Island Secondary Schools Athletic Meet.

Minister Pierre who four days ago; assumed the ministerial responsibility for Youth, Sports and Ecclesiastic Affairs described the sporting event as a true representation of regional integration. She noted that the New National Party (NNP) administration will be seeking to harness the sporting talents of persons within the various communities.

Dominating most of the thirty (30) field events and showing great strength on the tracks, the athletes of Hillsborough Secondary School clad in yellow and green proved that they are the stars of athletics on the 13 square miles island of Carriacou.

Cleon Bristol, Kerlisha Samerson, Checkley Alexander, Antonio McIntosh and Mickel Joseph turned in brilliant performances for their school. Joseph, who competed in the junior category, broke two records at the event which was held at the Lauriston mini-stadium, the 100m race setting a new time of 10.89s and the 200m race — 23.14s.

Union Island Secondary placed second and was awarded the trophy for track champion, as most of their athletes placed first and second in many of the events, they also broke the record in the 4 x 100m senior girls’ race, setting a new time of 52.53s. Marchpast winners Bishop’s College had to settle for third position.

Parliamentary Representative and Minister for Carriacou and Petite Martinique Affairs Hon. Elvin Nimrod, along with the Southern Grenadines Representative Terrance Ollivierre, were also present at the games.

Meanwhile, next year could see participation from Bequia Secondary School, as an official from the school was present at this year’s meet.

NOW Grenada is not responsible for the opinions, statements or media content presented by contributors. In case of abuse, click here to report.
Tags: athleticcarriacouinterislandpierre
Next Post