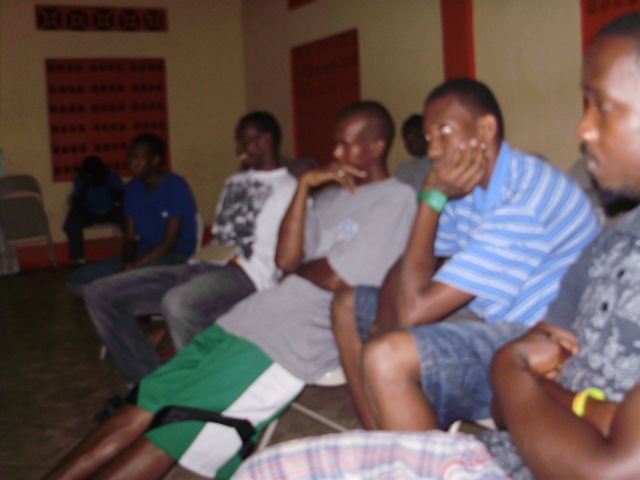 This story was posted 9 years ago
in Community
3 min. read

Stop the Cycle of Violence:
Dialogue for Peaceful Change with Boys and Men

I would like to give a big ‘Shout Out’ to Mr. Claude Douglas (sociologist, political analyst, adult educator, inspirational speaker, and author) for taking the time to facilitate a peace-building session with the young men of Harford Village. Another big ‘Shout Out’ to the young men of the community for showing up and sharing their perspectives on peace and peacelessness on a personal, community and national level. The community session confirmed the essential need for safe positive spaces where boys and men come together and speak, analyse, and address non-violently the conflict within their lives.

The evening session began with an activity that enabled young men to explore and examine different states of peace and peacelessness in their lives on a personal and community level. Mr. Douglas pointed out that before we can begin working to break the cycle of violence that is prevalent in our families, communities, workplaces and society on a whole we must address peace on a personal level. “Peace begins within each and every one of us,” said Mr. Douglas, “If you can find and strengthen your own state of peace than you cannot be controlled by what others think or say about you.”

Concluding the opening activity Mr. Douglas sat in circle with the young men and shared his own perspective based on their contributions. Mr. Douglas spoke passionately about various root causes of conflict and violence in men and boy’s lives and subsequently women’s lives. He spoke passionately about gender socialization and how men/boys are socialized from a young age not to show emotion or speak their emotions and if they do most often they are ridiculed and punished for being weak. Mr. Douglas believes the suppression of emotions is one reason men and boys find themselves in situations where acts of uncontrollable violence are the means to deal with conflict. Mr. Douglas also spoke about power relations and how men and women are taught from an early age that men are superior to women and that we live in a hierarchal power-driven world where we believe there is always someone better or less then us. He told the young men repeatedly “Never believe anyone is better or less then you. We are all equal in our humanness.” Mr. Douglas believes the socialization of gender roles, attitudes and behaviour needs to be addressed on a community and national level. He shared examples from his own marriage and told the young men he was not afraid to cook, or bake, or wash his wife’s clothes; he was not afraid to look weak in the eyes of his male friends by picking up the phone and calling his wife to tell her where he was during the day or evening.

Mr. Douglas commented over and over that conflict was an inevitable part of life; however how we deal with conflict was a choice. He stressed that violence was a choice and that we needed to teach boys and men alternative non-violent ways to deal with conflict. The session confirmed the need to have community sessions where male mentors like Mr. Douglas take the lead in mobilizing spaces where men and boys come together to unlearn violence and relearn peace. Mr. Douglas expressed the need to confront and address socialized gender roles that are deeply affecting our ability to see one another as equal human beings, all of us wanting to find peace within ourselves and families, all of us struggling to stay afloat in hard economic times and all of us wanting to be happy.

Recently Grenada has witnessed a continuous cycle of violence from the beating of a Principal by an 11 year old school boy with a cricket bat, to numerous domestic violent incidences that resulted in women losing their lives or being seriously injured, to the incarceration of boys and men for violent crimes. Now more than ever there is need to explore, examine, and create paths to building cultures of peace within our relationships, families, schools, communities, organizations and country. Thank You Mr. Douglas for sharing your time, wisdom and compassion and thank you Harford Village men for being part of the peace process!!!

NOW Grenada is not responsible for the opinions, statements or media content presented by contributors. In case of abuse, click here to report.
Tags: boysclaude douglasharfordmasculinitymenviolence
Next Post 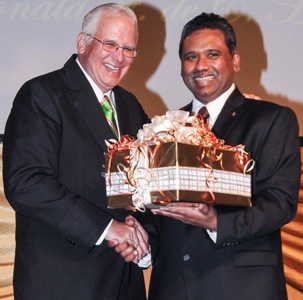