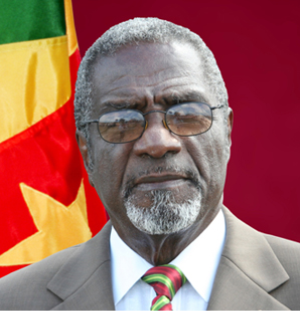 Burke, Bernardine and Vincent to fill final three seats in the senate

Burke, Bernardine and Vincent to fill final three seats in the senate

Three former Ministers of the National Democratic Congress, Tillman Thomas led administration, are to be named as the senators to fill the three opposition seats in the Upper House of Parliament.

The New National Party (NNP) won all seats in the House of Representatives, resulting in no formal Parliamentary Opposition following the general elections. However, the Constitution of Grenada provides for the Leader of the Opposition to name three persons to the Senate, but in the absence of a formal Opposition, the Governor-General is tasked with naming three persons to fill the vacant seats.

It is not clear when they will receive the appointment letter,s but the Ceremonial Opening of the Ninth Parliament is scheduled to take place on Wednesday 27 March 2013, at the Grenada Trade Centre — the temporary home of parliament since the passage of Hurricane Ivan.

The NDC received just over 20,000 votes in the 19 February general elections.

NOW Grenada is not responsible for the opinions, statements or media content presented by contributors. In case of abuse, click here to report.
Tags: oppositionparliamentsenator
Next Post