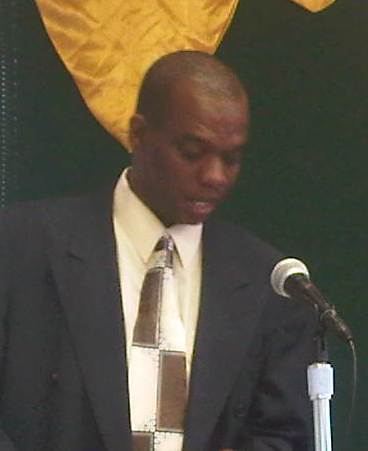 The Keith Mitchell administration which was elected on 19 February said on Monday that it will be holding weekly post cabinet briefings on Mondays in its effort to keep the nation abreast with cabinet decisions.

The briefings are expected to have a Government Minister as the main speaker, and when necessary, the relevant technocrats to assist with technical clarity and explanation.

The first minister to face the press was Economic Minister Oliver Joseph, who said that government is working towards presenting the 2013 budget by the middle of April so that spending can be possible in May.

“It’s a constitutional requirement to have the budget be completed by 30 April, and we are aiming to achieve this,” said Oliver who admits that a lot of cabinet time has being spent discussing the financial situation of the country.

“It’s a challenging time ahead, but we have a competent team to deal with these challenges,” said Joseph who confirms that the measures in place for the 2013 budget will cover up to December. “This budget that will be presented in April will come with certain measure and at the same time preparation will start for the 2014 budget,” he said.