A payment is due by March 15 but the Keith Mitchell administration which won general elections on February 19 announced on Friday that it is unable to pay and instead will be meeting with creditors to restructure it public debts including bonds which are due in 2025.

“The global financial crisis has taken a heavy toll on the country, and aggravated the severe debt overhang that continues to weigh down our economy,” said Dr. the Right Hon Keith Mitchell, Grenada’s Prime Minister and Minister of Finance who was sworn into on March 03.

“It is now time for Grenada to confront the fact that it cannot continue to pay its debts on current terms, and that the restoration of growth requires the debt overhang to be resolved. We need a fresh start, and it is therefore imperative that we approach our creditors promptly to discuss an orderly restructuring of our liabilities,” a statement from the Ministry of Finance quotes him as saying.

The statement said that Grenada’s economy has been severely affected by the global financial crisis and despite a debt restructuring in 2005 and the reforms implemented over the last five years under IMF-supported programmes has been unable fully to recover from the devastation wrought by hurricanes Ivan and Emily in 2004 and 2005, respectively.

The Finance Ministry said that an increasingly difficult financing situation in the second half of 2012 prevented Grenada from paying the September coupon on its U.S. Dollar Bond Due 2025 on the due date. The coupon was eventually paid just before the expiry of the applicable grace period after Grenada, with much effort, was able to borrow the required US$4.4 million from local sources on a short-term basis.

With further borrowing no longer a viable option, Grenada confirmed today that it will not have the resources to pay the coupons that fall due on its U.S. Dollar and E.C. Dollar Bonds due 2025 on 15 March 2013. Moreover, the Government does not expect to have the funds to do so within the relevant grace periods.

Grenada’s economic recovery from hurricanes Ivan and Emily was cut short by the onset of the global financial crisis; subsequently causing a contraction in Gross Domestic Product that averaged –1.2% a year from 2008 to 2012. By way of comparison, the annual growth assumption that underpinned Grenada’s 2005 debt restructuring (a restructuring that involved no haircut to the principal of the debt stock) was 4.7% per annum.

This crisis has had a dramatic effect on the Country and on its public finances, marked by a decline in economic activity, investment levels and tax receipts. The economy has also endured a sharp reduction of grants and concessional financing, together with losses brought about by failures in the regional financial system.

Grenada has responded to these challenges in part by introducing new taxes and reining in expenditure. In July 2011, the IMF concluded that public expenditure had fallen significantly, in both real and nominal terms, from its 2007 level.

With the economy and revenue base shrinking in real terms, these expenditure cuts have not been sufficient to place the public debt on a sustainable footing. Expenditure cuts have also limited the Government’s counter cyclical effort and ability to provide a safety net for the more than one in three Grenadians in the workforce who are now without work.

NOW Grenada is not responsible for the opinions, statements or media content presented by contributors. In case of abuse, click here to report.
Tags: bondcreditordebtfinanceimfpay
Next Post 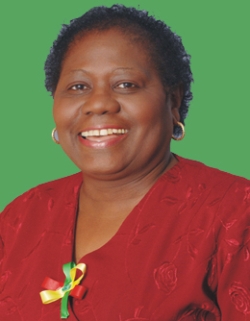