Prime Minister Dr. the Right Honourable Keith Mitchell has outlined a plan he says will give a voice to people in the absence of Official Parliamentary Opposition.

Addressing thousands at Sunday’s Swearing-in Ceremony, Prime Minister Mitchell announced plans to set up village and parish councils where members of parliament will be able to discuss Government plans for the areas.

“Today I am announcing my Government’s commitment to set up Village and Parish Councils to which our MPs and Ministers will have to subject themselves to the closest scrutiny,” the Prime Minister explained.

“My technical team will, in the coming weeks, develop the structure that will allow monthly meetings of such councils”.

The new Administration controls all 15 seats in the House of Representatives following General Elections last month.

Prime Minister Mitchell said MPs and Ministers will be expected to account on a regular basis for their stewardship.

“And they must make themselves available and accessible to listen to the people,” the re-elected Prime Minister insisted.

“This mechanism will become even more crucial since there will be no traditional Opposition in Parliament”.

The Grenadian Leader says, the Government Information Service will be expected to play a pivotal role in giving voice and reflecting the concerns and demands of the people.

“One of major mandates of the GIS, will be to ensure that all those council meetings we speak about are given prime time priorities,” Prime Minister Mitchell added.

NOW Grenada is not responsible for the opinions, statements or media content presented by contributors. In case of abuse, click here to report.
Tags: councilmitchellmpoppositionparishparliamentvillage
Next Post 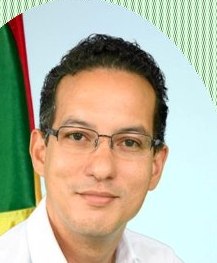