The areas of Industrial Climate, Economic Development, Employment, and Targeted Intervention to combat the cost of living, are among the top priorities for the country to pull itself out of the current economic problems.

That was the view expressed by Prime Minister Dr Keith Mitchell when he met with a group of social advocates and lobbyists as part of an ongoing series of meetings aimed at finding solutions to help solve the Grenada’s harsh economic problems.

“I came here with an open mind. I came here putting the past behind us. They are no limits to that. Therefore, I ask you to do the same. The present and future are important,” said the Prime Minister who believes that “every action we take, we must also think of those who are not as fortunate.”

The Prime Minister told them that his Government is placing a high level of importance on developing a partnership with them for the good of the country, and referred them to comments made by Eastern Caribbean Central Bank Governor Sir Dwight Venner, expressing concern about the state of the country’s finances.

A release from the Government Information Service said that Dr Mitchell told the stakeholders that bold and creative decisions need to be taken for both the public and private sectors to deal effectively with the enormous challenges facing the country as well as the opportunities that will become available.

“A picture of us going forward with a common approach must be understood; I am convinced about the prospects. I don’t share the pessimism. We need to pull this thing together,” he said. The leaders included TUC’s representative Rae Roberts, GCIC President Aine Braithwaite, GNOW President Lorice Pascal, Judy Williams of Non State Actors Panel and the IAGDO.

“They all identified with the concerns of the Prime Minister and expressed strong interest in working with the Government in the interest of Grenada,” said the release from GIS which also give the assurance that the Prime Minister will hold monthly meetings with the Stakeholder panels, which will be broken down into sub-committees to address specific issues.

NOW Grenada is not responsible for the opinions, statements or media content presented by contributors. In case of abuse, click here to report.
Tags: aigdoeconomyghtagnowgrenadagrencoda
Next Post 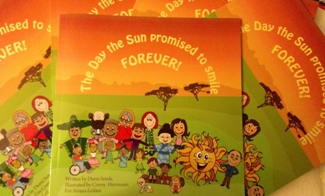