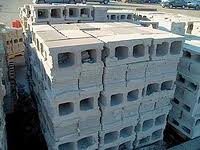 As of 01 May 2013, the cost of building a house is expected to reduce in cost, as the Value Added Tax on material for the construction of a house will be reduced to 5%.

The reduction was among initiatives disclosed in the 2013 budget which was presented to the island’s Parliament on Tuesday by Finance Minister Dr Keith Mitchell. Described as stimulation for the construction sector, the reduction will affect sand, cement, roofing materials, steel, lumber and construction blocks.

“Government will forego VAT on construction services for projects valued at less than EC$400,000 over the same period” said Dr Mitchell who explained that the high price of sand will reduce by 50%. “It will be no more than EC$60 per Board. This is an attempt to drive down the cost of construction and home ownership,” he said.

Dr Mitchell further explained that Government will modernize the physical planning division to ensure efficient and timely approval of physical developments plans, essential for the revival of the construction sector.

He said that several consultations across the major stakeholder groups urged support by the commercial banking sector and the credit union. In a free market, such as ours the action of Governments on banks and financial institutions is limited largely by moral suasion.

“We call on the banks to assists us in making this construction stimulus package a success by doing whatever it can to offer facilities which encourage new mortgages,” he urged.

He also announced a stimulus package for the manufacturing sector which contributed about 6% of Grenada’s Gross Domestic Product and employs about 4.5% of the labour force. Effective 01 May 2013 Government will replace the manufacturers rebate with the Manufacturers Competitiveness Programme.

The MCP will extend for a period of four years with annual reviews to ensure conformity.

NOW Grenada is not responsible for the opinions, statements or media content presented by contributors. In case of abuse, click here to report.
Tags: constructionmanufacturersmaterialmclsandstimulusvat
Next Post