Part 5: Constitutional Reform And The CCJ

Part 5: Constitutional Reform And The CCJ

This story was posted 9 years ago
in OPINION/COMMENTARY
7 min. read

It is official that Dr. Keith Mitchell’s New National Party (NNP) present Government is urgent to deliver on Constitutional Reform for Grenada. What is not yet clear is the ‘form, context and extent’ of the Reform and who will foot the bills. Some influential persons are asking for simple changes to the Constitution, to achieve a ‘revised version’ which should be more effective and efficient in applications; whilst others are calling for drastic changes to achieve a ‘new governance philosophy and approach’. Whatever are the position and direction taken for the changes, the rationale and result are to produce a ‘meaningful Constitution’. The people have the ultimate decision to make the Reform a reality and so, they must not be ignorant, naive and reckless in this role.

An important aspect of the process towards producing a Meaningful Constitution is to compare the constitutional provisions which exist with those which are proposed, also bearing in mind that there would be totally new areas for inclusion; and this must be done against Universal Norms and prudent objectivity. Constitutional Reform would be based on voting for a ‘comprehensive package’, and not necessarily with concentration on each change and on each inclusion independently. However this way for the Reform, which may appear to be realistic for Grenada’s situation, will definitely put much strain on the people and on the outcome of the process; and as such the key inputs for the ‘proposed new Constitution’ must be simple and clear, as well as limited and related, as much as is possible, for the people to decide intelligently and confidently.

There should be no doubt from the Governor-General’s 2013 Throne Speech that the focus of the Government for changing the Constitution is to facilitate the Caribbean Court of Justice (CCJ) which is the legal instrument of Caricom. Having the ‘fullest functioning in the widest jurisdiction’ of the CCJ is a pressing goal of Caricom and this goal would be reflected in the foreign policies with particular reference to Regional Cooperation and Integration, of the pertinent Member-States. Whilst the CCJ has “exclusive and compulsory” jurisdiction in ensuring the effective operations of the Caribbean Single Market and Economy (CSME) within the domain of international trade laws, it has ‘pending’ jurisdiction as the Final Appellate Court for civil and criminal matters upon the enactment and enforcement of domestic legislations for that purpose in each of the States.

With the ambitious pursuit for ‘self-determination and institutional development’ of the Region and the ‘desperate will’ for further delinking the Region from Imperialism and British Rule, there may be contemplations for extending the jurisdiction of the CCJ to propose and establish a Caribbean Legal System, as well as to debate and seek reparations from the Colonial Empire of Great Britain for the crimes and exploitations suffered during Slavery. But; the latter would be ironical since the politicians have entrapped the peoples in Neo-colonialism.

The CCJ which is headquartered in Trinidad and Tobago was established in 2001 but inaugurated in 2005 and it is financed by a Trust Fund. Only Barbados, Belize and Guyana of the fifteen members of Caricom are using the CCJ to its ‘fullest judicial extent’. The Bahamas, Haiti, Montserrat and Suriname have special circumstances which limit their fullest use of the CCJ in its present arrangement; mainly because The Bahamas has not ratified fully the CSME Agreement, Haiti and Surinam are of the French and Dutch legal system respectively, and Montserrat is still a British Dependency. The other six countries which are of the Organisation of Eastern Caribbean States (OECS), particularly Grenada and Antigua and Barbuda, might be posing the greatest hurdle to the ‘completion and closure’ on the CCJ puzzle, due to the intricacies associated with the requirement for parliamentary majority and/or a public referendum accordingly, to effect changes to their Constitutions which have the English Privy Council entrenched as the Final Appellate Court; efforts are now high for having Reforms.

Jamaica (JA) and Trinidad and Tobago (T&T) do not have any serious constitutional limitations in turning to the CCJ, and their hesitations are more about political and technical manoeuvrings; T&T is thinking of apparently retaining the Privy Council for civil matters and resorting to the CCJ for criminal matters and JA at one time gave hints apparently to form its own Final Court of Appeal instead of using the CCJ. The position of T&T and JA on the CCJ is ‘symbolic’ and may be sending significant signals, as the history of the Federation of the West Indies is pondered on. Interestingly though, the call for a referendum in JA to adopt fully the CCJ shows respect for the people, giving them ‘direct choice to decide’ which is beyond the mandate of Parliamentary Representatives.

Many reasons can be advanced as to why there is a slow pace in having all of the pertinent members of Caricom adopting the CCJ as its Final Appellate Court. Foremost and quite understandably is the much apprehension about the Integrity and political interference of the CCJ; even when it seems that the intellectual capacity of the CCJ to perform and its accessibility in terms of time, cost, location and culture as compared with the Privy Council are not in question. Whilst the Executives and Advocates of Caricom are concerned about the lack of “political will” of the governments to undertake the CCJ, the general masses are concerned about the lack of obtaining Justice when the CCJ is undertaken. The masses’ qualms are justified when realising the controversial Administration of Justice and the Executive Debacles being witnessed, especially in T&T where the CCJ is centered, and the many troubling issues arising from the functioning of Caricom and its Established Institutions.

Prime Minister Mitchell would have being meeting with many of the important stakeholders in the State, most significantly are the labour unions, private businesses, social partners and the Conference of Churches, to push his priority of the CCJ for Constitutional Reform. The strategies employed for achieving the Reform towards accession to the CCJ involves analysing the process and outcome of the 2009 constitutional reform referendum of St. Vincent and the Grenadines (SVG), so as not to make the same or any similar mistakes like SVG, in ensuring that Grenada’s referendum goes the positive way. However, it is crucial for the Grenadian public to ascertain how the regional CCJ issue takes centre-stage and becomes a more imperative factor for the Reform than the outstanding local issues of governance which are often raised. Particularly, are the Monarchy and Republic discussions for bringing improvements to the practice of Parliamentary Democracy and the need to address the worthy concerns arising from the results of the 2013 General Election of less importance? Moreover, is focusing on the CCJ a political ploy to divert the minds of the people from rectifying the perceived tremendous constitutional powers of the Prime Minister and the absence of effective mechanisms for recalling Members of Parliament and to bring them to justice for dishonourable conduct? Or, should the stigma of the CCJ as a “Hanging Court” translate to curb crimes and violence and thereby promote Peace and Security in the nation?

The apparent moves by the NNP Government to hoodwink the Grenadian people, even when the nation has already been dragged into socio-economic predicaments, and restrict the Constitutional Reform to accession to the CCJ must be judged as a travesty of Democracy and as treason to the State. Moreover, to extract only the CCJ issue for the Reform and to appease the critiques by promising that other Reforms will follow to address the remaining big issues will be hypocritical, and an insult to the ‘passionate and tireless’ work of Grenada’s illustrious Dr. Simeon McIntosh for replacing the 1974 Constitution. In fact, some persons hold the view that two of the main issues to be featured in the New Constitution, which are replacing the Queen Monarchy and the Privy Council, cannot and should not be separated; although this will take much elaborate efforts and resources. It should be instructive though that the NNP’s 2013 Election Manifesto does not speak on either of those issues.

Political expediency must not be allowed to overshadow the ‘wisdom and will’ of the local population on far-reaching national issues such as Constitutional Reform. There is much ‘sentimental support’ for the Government for the Reform, but this noble gesture should not be abused by rushing the process for the wrong reason and having ‘no clear pathway for a sound alternative’. A strong mandate in Parliament does not give ‘wholesale licence’ to exercise Political Will, but People’s Power must be effectively manifested through the Referendum by not voting along divisive party-politics but for strengthening solidarity in Nation Building.

It seems that the fundamental issue for clarity on Constitutional Reform is whether or not Grenada’s accession to the CCJ is about securing Equity and Justice, demonstrating Regional Sovereignty, shaping an Indigenous History, or fostering Social and Economic Prosperity? Time must not be wasted in obtaining Genuine Answers!

NOW Grenada is not responsible for the opinions, statements or media content presented by contributors. In case of abuse, click here to report.
Tags: caricomccjconstitutioncourtparliamentreform
Next Post 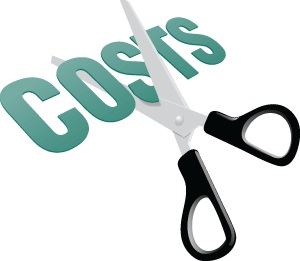