Early Intervention is the best hope for reducing child abuse

Early Intervention is the best hope for reducing child abuse

Social Development Minister Delma Thomas believes that Prevention is the best hope for reducing child abuse and neglect in the society as the measures undertaken will also assist in improving the lives of children and families.

In an address to declare April 2013 as Child Abuse Prevention and Awareness Month she said that Strengthening families and preventing child abuse requires a shared commitment of individuals and organisations in every community. “Research has found that successful child abuse interventions can both reduce risk factors and promote protection to ensure the well being of children and families,” she said in an address that was aired on radio and television.

The Grenada National Coalition on the Rights of the Child is observing the month of April, as Child Abuse Awareness and Prevention Month (CAAPM). This year’s theme is: “Empowering Children in Families and Society.” The focus during the month will be highlighting the importance of protection, safety and well being of children.

A release from the GNCRC said that all of Grenada is required by the provisions of the UN Convention on the Rights of the Child, to educate the nation about the rights and responsibilities of children.

“Accordingly, GNCRC focuses on raising awareness about the continuous harm caused by child abuse and neglect to our children, and their families, communities and society, and the lasting physical, emotional and psychological damage,” said the release is which point out that it is important for the nation’s children, parents and guardians, know about children’s rights and where to seek help once children’s rights and safety are violated.

The Coalition said that Parents should play the most important roles in providing protection, basic needs, comfort, love and physical affection to their children. “However, safeguarding our nation’s children is everyone’s business.  Together, we must prevent the monstrous acts being committed against children,” it said.

Calling on the public to take personal action through collective legal duty, it reminded people that once they become aware of child abuse and neglect in any form they should act by raising their voices and report such abuse.  “Then children and families alike can receive the necessary help and interventions. The long term effects of such abuse are destructive to children’s lives and retard nation building,” the release said.

Besides the Minister’s message to declare the month open, other include media programmes, public awareness in the areas of St David, St George and St Mark.  The celebrations will be concluded with a Pediatric clinic/fun day, scheduled for 27 April at La Sagesse Playing Field, in collaboration with health professionals and other sponsors.

Information about Grenada National Coalition on the Rights of the Child (GNCRC) and its function can now be accessed from the newly launched website gncrc.weebly.com.

NOW Grenada is not responsible for the opinions, statements or media content presented by contributors. In case of abuse, click here to report.
Tags: abuseawarenesschildfamilylinda strakerneglect
Next Post 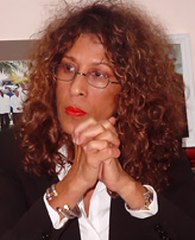