Increase In College Fees Not A Viable Option

Increase In College Fees Not A Viable Option

16 April 2013: Education Minister Hon. Anthony Boatswain said, an increase in fees at the T.A Marryshow Community College is not a viable option at this time.

Minister Boatswain was addressing the TAMCC Gala and Awards Ceremony at the Grenada Trade Center over the weekend.

He said, given the present economic and financial constraints of the Government, the Tertiary level Institution has to find more creative, innovative means of funding its operations.

The traditional sources like Government subvention and reliance on school fees, the Education Minister said, can no longer be regarded as a viable source.

Minister Boatswain has commended the steps the college has already undertaken in finding other ways to raise the necessary financial resources.

“We are encouraging TAMCC to further explore non traditional funding for the Institution. We therefore support and commend the college for some of the initiatives that have been taken so far to raise the necessary financing, and to relieve the burden on the students and on the Central Government.” He said.

The Education Minister said, history will show that whenever school fees are increased, enrolment levels decline, and therefore the College receives no net revenue.

Minister Boatswain said, it’s usually the poor and vulnerable students from the Rural areas that are primarily affected by the increase in school fees. He said, in addition to paying their school fees, they also have to contend with transportation costs and meals, and therefore, Government can’t support the path to raise additional school fees.

NOW Grenada is not responsible for the opinions, statements or media content presented by contributors. In case of abuse, click here to report.
Tags: collegeeducationschooltamcctuition
Next Post 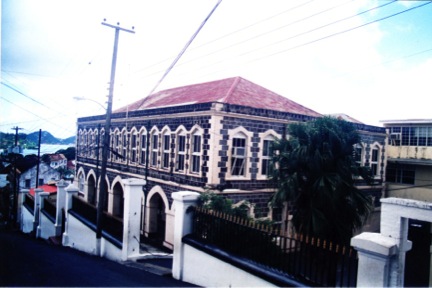