Now We Awaiting The First Budget

Now We Awaiting The First Budget

This story was posted 9 years ago
in Law
5 min. read

In another week or so, the new Government of the NNP with all Fifteen seats in the Lower House of Parliament, will be in control for two months — and before the end of this month the Nation’s Budget must be in place.

We have had a whole lot of huge sums quoted by those in authority, touching and concerning debts and other payments due and owing by the Government to many sources outside, and no doubt to some on the inside from whom credit facilities had been obtained over the years, to carry out the operations of the state.

Some of those debts go back for many years before the last Government took over control in 2008, and during the thirteen years that the current controllers were in charge of the nation’s affairs.

And because of that situation, I would imagine that the losers who do not even have a voice in the Lower House, they would be feeling that is a straight case of political justice — so that the party whose officials amassed the huge debts between 1995 and 2008, they are now back in the driving seats to deal with the problem.

The sadness surrounding that state of affairs, however, is that the people as a whole are the ones who will be suffering the hardships, while those in control go about the pains-taking business of seeking concessions, and getting extensions to enable them to provide basic necessities, as well as some long-awaited jobs opportunities.

It is not going to be smooth sailing by any means, and those in authority have their task cut out to satisfy their supporters and the people as a whole.

We have also been faced with serious shortages in the Hospitals and the Ministry of Health as a whole, and I also heard the new Minister, Dr. Curwen, lamenting recently on how desperate the situation had become — and from the account she was giving, as far as funds are concerned not only for medical supplies, but also for repairs and additional accommodation, to cope with the increase in required health facilities in the Ministry as a whole — it is very obvious that some immediate measures must be put in place very much sooner than later.

We heard all the nice sounding promises from those now in control during the campaign and Rallies — and there is no doubt what-so-ever, that the great majority of voters fell for the promises and gave the winners their total support and approval.

The result of the nineteenth February put the new controllers in absolute control of the seats of power — so that whatever they decide to do, that needs the approval of parliament and the sanction of the Governor General — there is nothing to stop them.

But now that the new rulers are in charge, and coming face to face with the practical reality in the affairs of the Administration as a whole — they are already dis-covering that all the glittering and vote-catching promises are not so easy to deliver.

Of course the people themselves have to be reasonable and under-standing, and ready to always appreciate that certain activities by a Government cannot just happen over-night, or simply on the say-so of the Ministers in charge on a daily basis.

Some things can and should be done as soon as possible but there are many others that need a lot more time to come on stream.

In cases where the Government can obtain the Finance, from Loans or Grants or however it can, for specific projects that can be carried out by contractors here on the Islands, these should be put in place to help those many, many families who are in serious financial straits for some time now.

On the issue of cutting down costs in the various departments or ministries, these should be under-taken at all times and maintained; but where the savings are concerned only with sending home workers — who have been in the positions for some time and have no other means of maintaining their families — that kind of operation must be carefully considered and avoided as much as possible.

The next big event for the new Government is the passage of the Budget for this year before the end of April.

No debate on the figures or programs is expected, because all in the Lower House are on the same page as it were — but I suppose we should hear some comments from the Upper House where there are Six Senators who owe no allegiance to the Government as such.

And with everything now subject to some sort of changes, and with so many new people in the seats of power since February 19th — we are also hearing of a new Governor General to take over from Sir Carlyle Glean, who came on the scene with the NDC in 2008.

And the news from the inner circle is that we could be having a female Governor General to replace Sir Carlyle as the Queen’s Representative.

All part and parcel of the changing political scenario, brought about by the clean sweep victory at the Polls in February.

But what the un-employed thousands, and those struggling to make ends meet in these hard times, are more interested and concerned about — are how soon they will be seeing the many promises, or at least some of them, coming on stream to make some difference to their lives now in dire need.

There can be no denying that there is a whole lot to be done, or put in place to get things up and moving in the right direction, so as to make some significant difference to the lives and livelihood of our people.

Nothing was put or left in place, that can be taken up or relied upon to get the Economy up and running anytime soon — and therefore the new controllers have to devise or come up with their own plans and schemes, to get that sleeping Economic animal awake and functioning again.

A whole lot of our people are in dire need of basic necessities, and no time should be wasted in trading ole and baseless complaints about what did not happen over the last four and a half years. Very little happened or was put in place by the losers, except their self-inflicted destruction of the Government and the party that got them into the seats of power in 2008.

What our people and the nation-state need now — is very open and carefully thought-out policies, for the good and welfare and the benefit of the population in general.

We have had more than enough blaming and complaining, and it is more than ample time to start putting systems and ideas together to produce worthwhile results.

The losers will be finding all kinds of faults and short-comings to moan about, but no time should be wasted in replying — positive actions, performance and results, should be the only response, and the best way to respond is with a Budget that will set the stage for progress and employment opportunities.

NOW Grenada is not responsible for the opinions, statements or media content presented by contributors. In case of abuse, click here to report.
Tags: budgetelectiongovernorlawparliamentpolitics
Next Post 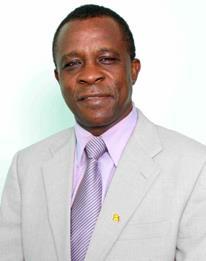