As the family and friends of Oscar Bartholomew step up efforts to mobilize supporters for a peaceful gathering on the first day of the Coroner’s Inquest, Police in Grenada call on the general public to respect the rule of law.

The Coroner’s Inquest into the death of Oscar Bartholomew — a Canadian/Grenadian citizen who was on vacation with his wife and was beaten by Police on 26 December 2011, after stopping for his wife to have a bathroom break at the St David Police Station.

He later died in hospital and the five police officers who were charged for his death had the charges dismissed. On Friday 15 March 2013, a High Court Judge threw out the charges of manslaughter laid against the officers, and ordered an Inquest to determine who is or are responsible for the death of Bartholomew

The inquest will be held on 05 April 2013 at the St David’s Magistrate Court. The Coroner’s Act is an 1896 piece of legislation which calls for an inquest to be held whenever someone dies in a public place. Director of Public Prosecution Christopher Nelson said that that section of Act became obsolete when Grenada established its own police force.

In a statement the RGPF on Wednesday said that it is confident that at the end of the Inquest, persons culpable will be brought to justice.

Without calling on the group to halt its mobilization of supporters, the Police said that as a body it has nothing to do with the decision of the Judge and like everyone else is awaiting the completion of the Inquest.

NOW Grenada is not responsible for the opinions, statements or media content presented by contributors. In case of abuse, click here to report.
Tags: bartholomewinquestoscarpolice
Next Post 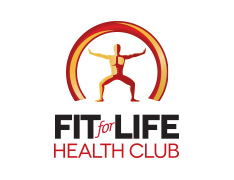 Survival of the Fittest