St George’s, Grenada, 11 April 2013 – GIS: Government, through the Ministry of Tourism, is undertaking an aggressive marketing campaign in neighbouring Trinidad and Tobago.

A delegation, led by Tourism and Culture Minister Hon. Alexandria Otway-Noel, headed there on Wednesday to promote Spicemas 2013.

In her first formal Press Conference as Minister for Tourism, Civil Aviation and Culture, Mrs. Alexandria Otway-Noel said, there is a captive market in Trinidad that should be targetted.

As the last Carnival for the summer period, Grenada’s biggest Cultural Festival has the potential to attract fun lovers from all over the Caribbean; Trinidad being no exception.

“Last year when the ferry service came from Trinidad, they brought members from the Media. They experienced our Carnival and were able to take it back and write and talk about it” said Minister Otway–Noel.

The Minister said, the opportunity will also be used to hold discussions with Officials of Caribbean Airlines and other important parties including Trinidad’s Tourism Minister.

A video presentation will be shown at the launch and Soca artist Tallpree and Brother B will be part of the entertainment segment, the Culture Minister said.

There will be a heavy concentration on Traditional Mas like Vieux Coux and Shortknee as well as Pan.

The official launch of Spicemas 2013 in Trinidad will take place towards the end of the week.

“We will be doing a Media launch on Friday morning together with a private group that brought the ferry service last year, and it was a very successful initiative, so we’ve decided to partner with them.” The Minister said.

Mrs. Otway–Noel said, Government is excited about the early launch of Spicemas and is predicting a successful Carnival Season.

NOW Grenada is not responsible for the opinions, statements or media content presented by contributors. In case of abuse, click here to report.
Tags: carnivalferrylaunchspicemastourismtrinidad
Next Post 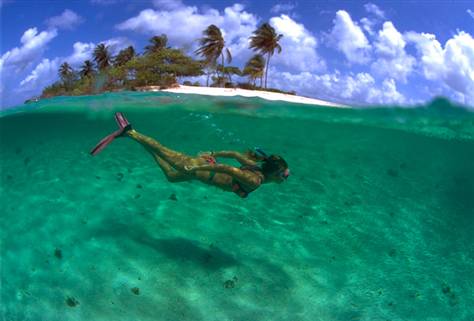