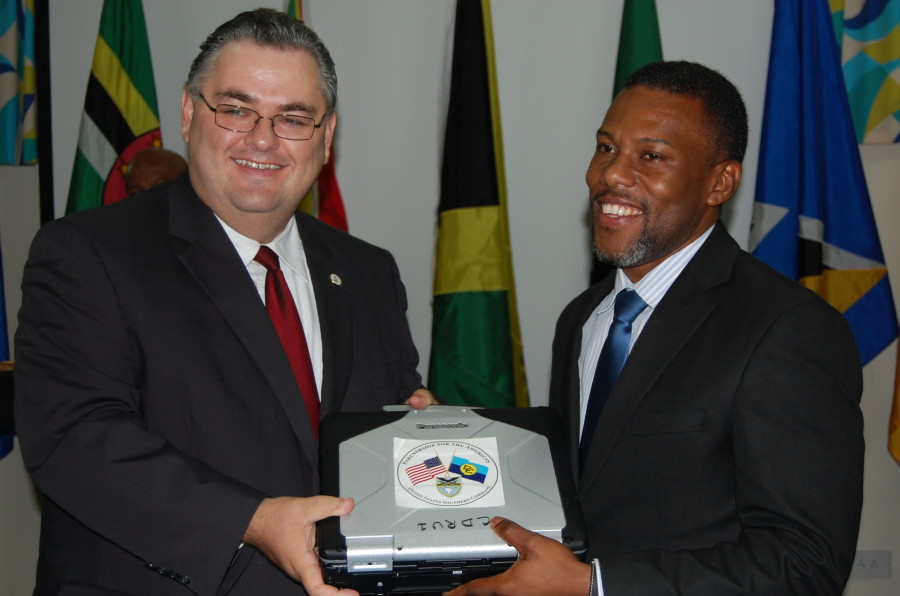 In a ceremony in St. George’s on April 11, the United States Government through U.S. Southern Command (SOUTHCOM) donated US$267,000 in emergency response communication gear and other supplies for use by the Caribbean Disaster Emergency Management Agency’s (CDEMA’s) Caricom Disaster Relief Unit.

The emergency response equipment is already in use by the participants of a workshop being held this week for the Caricom Disaster Response Unit (CDRU), and funded by the United States through SOUTHCOM.  The CDRU is a 35-member team comprised of military, police and firefighters from the Caricom member states. The Unit is mobilized annually to provide relief and logistics support to any member state affected by a disaster.

Chargé d’Affaires Lou Crishock said he was pleased the 37 participants from 14 Caricom states taking part in the CDRU workshop are able to drill with the actual equipment that they would use in an eventual disaster response.

“As a result of this donation, and this week’s workshop, CDEMA will benefit from a more robust disaster relief unit, a cadre of personnel trained and able to function as first responders during and after natural and manmade disasters in the Caribbean,” Chargé Crishock said.

NOW Grenada is not responsible for the opinions, statements or media content presented by contributors. In case of abuse, click here to report.
Tags: caricomcdemadisasterdonationemergencyreliefsouthcomus
Next Post 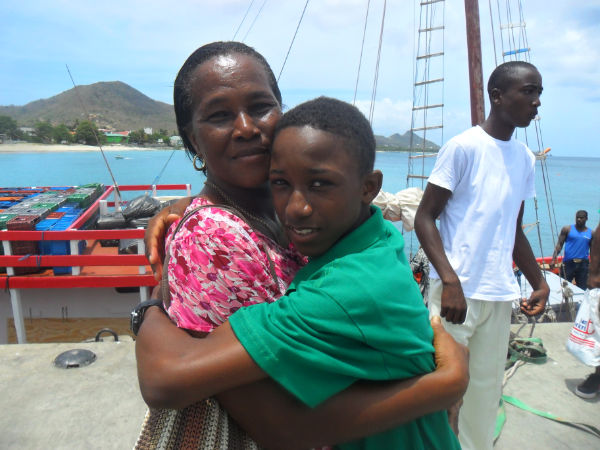