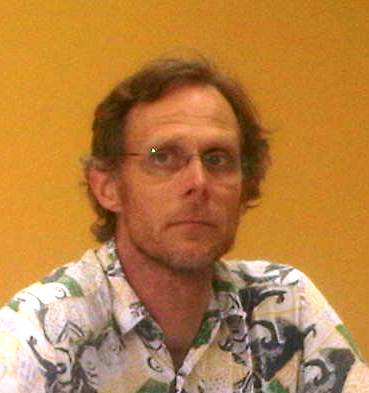 Regional Governments should seek far reaching agreements with creditors when pursuing debt restructuring instead of accommodating short term measures that will eventually have to be re-negotiated before feeling the positive impact.

That is the view of Jurgen Kaiser, coordinator and research fellow at the German Debt Network who is presently in Grenada facilitating a workshop on Debt Relief organized by the Conference of Church Grenada.

“The conditions for these agreements should be deep and all encompassing, as the further it goes the better the impact will be on the country,” he said while pointing to Jamaica who had to recently undergo re-negotiations with the IMF. “Something was agreed before but yet within a short time another negotiation had to be held,” he said.

The workshop which was organized long before the Dr Keith Mitchell administration declared its intention to pursue debt restructuring provided an opportunity for Economic Affairs Minister Oliver Joseph to address the participants.

“Unless the problem of debt is not addressed it does not allow for economic growth and development,” he told the participants. “The solution requires stock treatment which will address the quantum of Grenada’s debt,” he said.

Kaiser’s German Debt Network, organisation is among groups in various parts of the world who are advocate the message of jubilee from debt based on scriptures, and is calling on creditors such as the International Monetary Fund and the World Bank to offer poor and vulnerable nations sustainable debts restructuring agreements or debt forgiveness.

“There is no country on earth who has not run into debt crisis, but offering debt relief should not be a reward for good behaviour from the country who may have had to adopt social strategies and measures that will affect the people of the country negatively,” he said.

In 2012 Grenada defaulted on its debt, and by February 2013 when a new Government was sworn in, the administration announced that it would be pursuing debt restructuring with its creditors. Chief Economic Advisor to the Government Dr Patrick Antoine said that the global financial crisis affects Grenada’s ability for growth in the productive sector. ‘This in turn affected Government’s ability to raise revenue and without revenue financial commitment will be affected,” he said.

NOW Grenada is not responsible for the opinions, statements or media content presented by contributors. In case of abuse, click here to report.
Tags: bankchurchdebteconomyfinanceforeignfundgermanyimcinternationalmoneyworkshop
Next Post