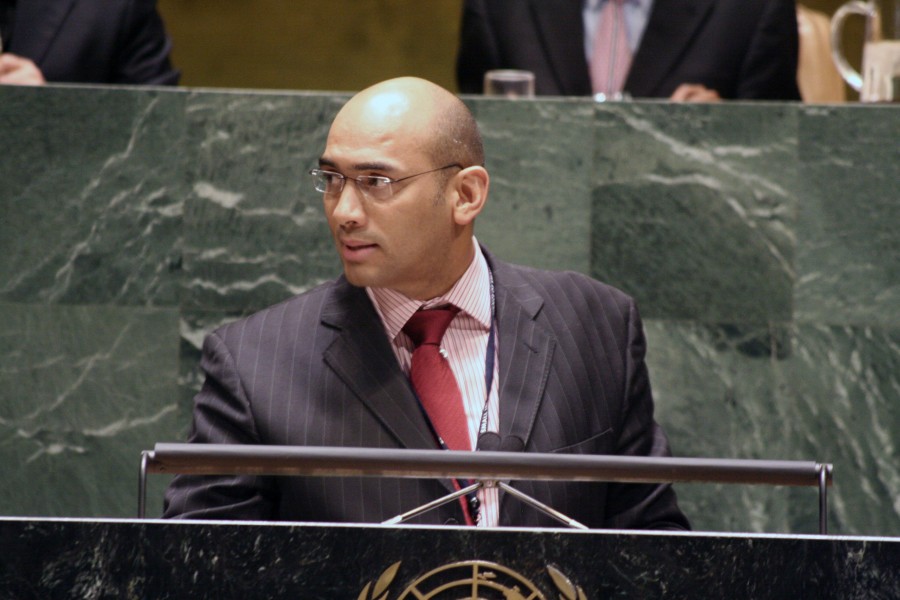 Former United Nations Ambassador Dr Angus Friday will be Grenada’s new Ambassador to the United States of America and Mexico.

Foreign Affairs Minister Nickolas Steele made the announcement on Wednesday, while updating the media about ongoing activities within the Ministry of Foreign Affairs. Dr Friday who demitted office in 2009 after the National Democratic Congress was elected into office was employed with the World Bank.

According to Steele, the necessary arrangements were engaged for Dr Friday to resume diplomatic work with the Government of Grenada. As Ambassador he will be based in Washington, while Government will continue to appoint Honorary Consuls in various US cities, chief among them will be Derrick James in New York City.

Steele who is also the minister for International Business, said that Government has decided not to make any changes at its Trade and Tourism Mission in Toronto, but will relocate the office to a less expensive space.

Since winning the 19 February General Election, the Dr Keith Mitchell Administration has announced a London High Commissioner and new Ambassadors to China, Cuba and Venezuela. Steele said that Government is also be considering opening two new trade missions in major trading cities of china as well as a trade mission in Kuwait.