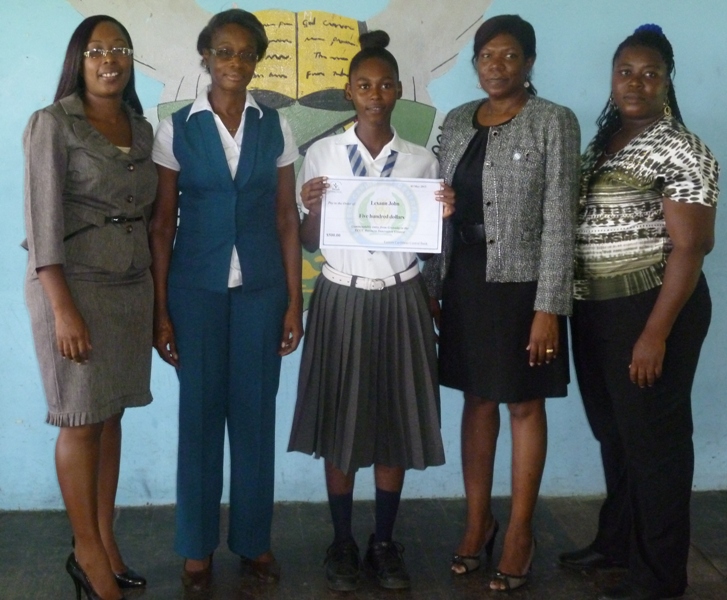 This story was posted 9 years ago
in Youth
4 min. read

A student of the Seventh Day Adventist Comprehensive School was Grenada’s winner in the first Eastern Caribbean Currency Union (ECCU) Business Innovation Contest and presented with her prize last week.

During a short ceremony at the school last week Friday which was witnessed by students, teachers and the principal Lexann John was presented with her prize by representative of the Eastern Caribbean Central Bank Mrs Linda Felix-Berkeley who explained that the Contest formed part of the Bank’s Public Education Programme aimed at actively promoting economic development of the ECCU.

The contest, which awarded EC$10,500 in prizes, challenged the competitors from across the ECCU to conceive an innovative business idea and submit the concept with a supporting business plan. The winners were then selected from a pool of 157 entries from secondary schools and sixth form college students.

Nadia Browne of the Montserrat Secondary School captured first place with her ‘Fruit ‘N Fit’ idea, a snackette and gym combination, targeting the youth. Nadia’s submission was driven by her concerns about the precarious rise in obesity levels in the region and a drive to help the young people of her community.

Second place winner Keivor Delpleche of the Clarence Fitzroy Bryant College, St Kitts and Nevis was not daunted by a market already awash with bakeries. She impressed the judges with her home bakery concept called ‘Cravings’ specialising in decorative cupcakes for every occasion and classes designed to help pastry enthusiasts enhance their baking skills.

The team of Nia Sorhaindo and Jawole Joseph of the Convent High School, Commonwealth of Dominica saw a need in their island home and proposed an entertainment centre which they dubbed, ‘The Arts.’

The idea, which captured third place, proposed a centre that would be open to all, particularly the youth and provide an environment where aspiring artists could express themselves through visual and performing arts.

The contest formed part of the Bank’s discovery exercises to identify areas in which capacity building was needed in terms of entrepreneurship and innovative thinking which are critical to the growth and development of an economy. (LS)

The full list of winners of the competition is as follows:

NOW Grenada is not responsible for the opinions, statements or media content presented by contributors. In case of abuse, click here to report.
Tags: bankbusinessdonationeccbprizestudentwinyouth
Next Post 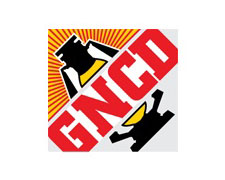