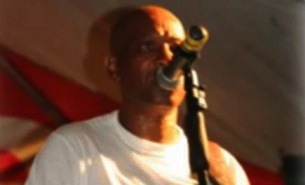 This story was posted 9 years ago
in OPINION/COMMENTARY
2 min. read

by A. Anande Trotman- Joseph

Long after Antigua 2012’s Carnival is over, the notorious song “Kick een she back door” is popular in Grenada as an “anti establishment anthem”. Reportedly banned in Antigua, where the “Burning Flames” are from, Antigua’s own WAR (Women against Rape) first declared war on the song. A firestorm of protests, was fanned by regional women’s rights activists, including Code Red and Grenada’s own GNOW.

The rhythm and beats are road march worthy. However, you should really listen to the song. Stripped of its rhythms and beats, the lyrics begin with blood curdling screams of a woman screaming in fear for her life… At the very least, it suggests a case of violence and house breaking “…Bruk am een, bruk am een… and she bawling murder, murder, murder… accompanied to sounds of more screams…, call de police”.

This song must bring trauma, chills and flash backs to all women who have been victims of abuse, violence, rape and to the survivors of women who were killed as a result of male violence. Grenadian statistics show that sexual violence against women and children are too high for such a small nation. Grenada is being labelled dangerous for women and girls. This is evidenced by one third of all Criminal High court trials, being for sexual offences. Therefore, continued airplay of this song shows great insensitivity by artistes, DJs, radio stations and promoters.

Through the media, we heard justifications for the acceptance of the local performance of the song, including by some women themselves, stating that Sparrow’s and others’ suggestive vintage lyrics may have similar impact. Maybe the time is right to discuss the role songs play in contributing to modern social behaviour and related sexual violence.

Given many negative responses to GNOW’s campaigns on violence against women, they may wish to find new strategies, even faces, to effectively reach persons attracted to inciting songs and lyrics. Obviously there is desensitisation to the campaign messages. With Carnival around the corner, GNOW should regroup, stay on message, lobbying Ministries, Carnival Committees, censors, studio owners, DJs and the public on acceptable guidelines for songs played and performed in our tri island state.

I am all for creativity and dancing to good soca and calypso. But I won’t dance to the Kick down the backdoor song. It “disses my sisters and me. It celebrates violence against women. So conscious brothers and sisters, don’t jump, wave or wine to songs with rude, raw, out of place lyrics. There is already too much rape, sexual violence and murder against our sisters and even brothers , Let’s just say, “I cyaan wine for dat…”

NOW Grenada is not responsible for the opinions, statements or media content presented by contributors. In case of abuse, click here to report.
Tags: antiguabehaviourcarnivalgendergnowkickmediaoffenceraperespectsexviolencewoman
Next Post