OECS Trade Policy Unit conducts final leg of national consultations on Trade Facilitation in the Federation of St. Kitts and Nevis on Tuesday

OECS Secretariat, Tuesday 14 May 2013 – Specialists from the OECS Secretariat will be in Basseterre this week for a consultation on national and regional measures to better facilitate trade in keeping with the emerging commitments being negotiated on Trade Facilitation in the World Trade Organisation.

This will be the final in the current series of national consultations which began in February 2013.

Trade Facilitation refers to the processes and procedures involved in moving goods across borders. These include the fees required and time it takes to carry out such payments, notification of new measures, the use of customs brokers, compliance with border procedures and the time taken to have matters regarding processes and procedures relating to the clearance of goods redressed.

The objective of the process is to simplify and harmonize international trade procedures such as payment of fees, access to information and cooperation between customs and other authorities.

The series of consultations within the Member States opened in Saint Lucia and continued in Saint Vincent and the Grenadines, Antigua and Barbuda, Dominica, and Grenada.

Regarding the mission to Basseterre, Programme Officer at the OECS Secretariat’s Trade Policy Unit Alicia Stephen says the idea is to be updated on where St. Kitts and Nevis is in terms of its ability to meet the emerging commitments from the draft Trade Facilitation agreement text that is being developed: “Negotiations have been going on since 2004-2005 and we are more or less at the point where WTO Member States want to push for a final text which will go to Trade Ministers in December 2013 and if that happens St. Kitts and Nevis needs to know to what extent it can implement the commitments that are emerging in those negotiations.”

The text, to which Stephen refers, currently includes 39 measures and officials from the public and private sectors are expected to agree on the timelines, actions and resources required to implement the measures using regional and national approaches.

Stephen says since August 2012, OECS Member States, have been reviewing the draft text of the agreement and assessing their ability to execute the provisions: “Trade Facilitation is one area where if OECS Member States improve practices and procedures such as the clearing of goods at the ports for wholesalers or retailers and consumers they can become more competitive and reduce the cost of doing business. Regarding the regional agenda, OECS Member States are engaged in implementing the OECS Economic Union in which the Common Market is an important part and Trade Facilitation is one area in which the OECS Region can improve the ease of doing business within the single space and also reduce the cost of doing business.”

Trade Facilitation is a key element of the OECS Economic Union and this work is expected to advance regional efforts towards the creation of the single economic space as well as informing the OECS’ engagement in the WTO negotiations. The United Nations Conference on Trade and Development (UNCTAD) is assisting this effort, as part of the UNCTAD project on Implementation Plans for WTO Trade Facilitation Agreement in Developing Members, financed by the European Union and Norway.

NOW Grenada is not responsible for the opinions, statements or media content presented by contributors. In case of abuse, click here to report.
Tags: customseueuropekittsmarketnorwayoecstradetwounctad
Next Post 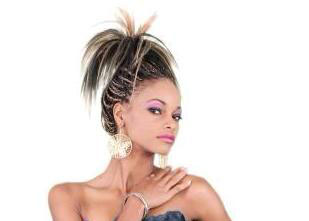 Grenadian model to be on Tobago Fashion Weekend catwalk