“Groove’’ is Calypso’s best chance of going international like Reggae

“Groove’’ is Calypso’s best chance of going international like Reggae

This story was posted 8 years ago
in Arts/Culture/Entertainment
7 min. read

Calypso and its derivatives have made some sporadic forays outside its orbit but, to date, it cannot be said that it is truly international.

Only “Feeling Hot, Hot, Hot’’ and “Who Let the Dogs Out’’ — as well as a few other Calypsoes sung decades earlier by Harry Belafonte and Mighty Sparrow — have made it beyond the traditional audience to an international clientele.

International here refers to outside the song’s space of origin. A Calypso’s origin will include the Diaspora where, due to migration, our artistes and other Caribbean people have moved with their music. I think it is important that this be explained; because, it is said by some, that once the music is played in the metropol — be it, for example, New York, Toronto, London, Madrid, Paris or Berlin — it is international.

Calypso originated in the Eastern Caribbean. And, although Trinidad is now the mecca — and the greatest depository of the music — T &T cannot lay claim to it solely. The smaller neighbouring islands, including Grenada, have an identical history and can trace the early origins of Calypso in their own countries.

For instance, Pierre Begorrat from Grenada was one of the earliest notable exponents of the artform and he migrated to Trinidad. The early exodus of Pierre Begorrat set a pattern in which Trinidad became the beneficiary of many of the finest Calypsonians of Grenadian birth or background including the Mighty Sparrow — Calypso King of the World.

Calypso is the main music genre in the English-speaking Caribbean. Of course, Reggae is Jamaican by birth; but, in its early times and in its evolution, Reggae was influenced by Calypso.

Calypso is a much older music than Reggae is. This leads the enquiring mind to question, why is it that Calypso has not gone international while Reggae is universal?

There are objective and subjective factors for Reggae’s exodus from the ghettoes of Jamaica to the affluent cities of the world.

Reggae not only brought to the wider world music, but also an entire culture. It was the culture of Rastafari, Selassie, dreadlocks and the smoking of herbs. It was the most attractive world subculture at the time; a subculture with its beliefs, mode of dress, speech, music and the medium of meditation. It was irresistible in an era of rebellion.

Calypso does not have that fortune – or misfortune — depending on how you look at it. Calypso is almost by itself, without an authentic, identifiable subculture brand; and even the performers of Soca have adopted and speak the language of Reggae. “Oh, wat ah ting!!’’

So, Calypso’s path to universality — if there is a path at all — would never be the same as Reggae’s. However, there are positive lessons Calypso and Soca artistes can learn from their Reggae cousins.

I have always maintained that Calypso is our culture and we do not have to change to get acceptance — from anyone, anywhere in the world. It is they who are missing out.

However, it still troubles me that Calypso — arguably the best music in the world — is not accepted by everyone, everywhere. It is that enquiry which motivated this thought process that is manifested in this article.

I am of the respectful view that Calypso is yet to go international for several reasons, of which many easily can be corrected. The reasons I posit here are not exclusive, and merely represent my thoughts on the subject. As I’ve indicated, I’m using Reggae music as a case study in my analysis.

It’s my opinion that the seasonal nature of Calypso is a natural hindrance. Basically, Calypso is sung once a year in the islands at carnival time. So, Calypso’s best music, and the leading exponents of the artform, only release new songs once each year.

On the other hand, international music — say Reggae, Hip Hop or Pop — is released anytime of year, in a carefully planned marketing strategy; sometimes, a single track is released followed by an album. Not so with Calypso.

In the calypso world, a singer may do two or three songs a season; invariably, and at best, the songs are geared for competition, such as the Soca Monarch or Calypso Monarch contests. But Calypso competition, too, can be easily considered a hindrance in itself.

Competition is part of the tradition of Calypso; it is, for most Calypsonians, the main event of the carnival season.

Competition is important to the performers — Calypsonians and Soca artistes – who compose specifically with winning in mind, including capturing the coveted Road March title for the most popular song played during the two-day carnival street parade.

But, to what extent does competition restrict creativity? Does it channel and transfer that creativity from domestic competition to an international audience?

When the competitions are over most of the songs lose their relevance at home. The shelf-life of these competition-oriented songs is extremely short. They are not around long enough to be even heard outside the particular island and in nearby regional countries and are stillborn, without a chance of leaving the shores of the Caribbean as a whole.

After this, the majority of artistes will follow the regular routine and turn to writing new Calypsoes that will be performed next season and at the next series of carnival competitions.

I submit that the competition and seasonal nature of Calypso do not aid in the struggle for universal acceptance of the music. It is like festival music. When the festival is over, the music goes with it.

Lyrics, maybe, are an issue in Calypso breaking international ground. However, I believe that’s only where the lyrics are localized name-calling, especially in political commentaries. But, political and social commentaries per se are not a problem.

If one looks at most musical forms, the lyrics generally reflect reality of life, whether political or social. That is true for Reggae, Country & Western, Hip Hop and so on.

People have to connect with what is sung. Even RnB songs, which reflect the soap opera life, appeal to the world of romance and heartbreak – in reality or in dreams. So lyrics always have their setting.

The setting of Caribbean life, in my view, is attractive. The fun, scandal, rum and carefree life are not only known to this part of the world. Our writers just have to craft it properly.

It is in the pace of the music, the Calypso tempo, that I think is the biggest challenge that we have to sort out. We, in the Caribbean of all races, dance this music naturally.

However, have you ever noticed Caucasians from Europe and North America dance to the music?

They always seem to be off beat. For some reason they never get into the groove; they can’t keep up with the pace.

In “Catch Ah Fire, Bob Marley’s breakthrough album — the first he did with Chris Blackwell – there was a deliberate infusion of Rock, with a Rock guitarist being used.

In developing Reggae, whether by the musicians that Coxsone Dodd summoned, or whether it was Marley and the Barrett brothers, there was constant experimentation to find a new or enhanced sound and beat. It was like a laboratory. Dodd was not a musician himself but a boss producer, who is given major credit for the rise of the Rock Steady beat.

Not surprisingly, Reggae music has developed new variations and moved to new styles like Dancehall.

It’s the direct result of non-stop innovation and creativity, obviously spawned by genius free spiritedness. To my mind calypso lacks that.

Calypso competition reinforces the well-known formula of four verses and a chorus. Don’t get me wrong, there are innovations in Calypso music; that is why there are Soca, Ragga, Rapso and the likes. However, one does not get the sense that the drive for creativity is the same as it is with the Reggae scientists.

David Rudder experimented with a new, distinctive sound and style that could have been saleable.

But, I’m not sure if he had the vision and the necessary accompanying marketing strategy that were required for cementing a sustained place on the international, non-Caribbean entertainment circuit.

As I see it, the proliferation of “grooves’’ stands a good chance of a genuine international Calypso breakthrough.

I remember dancing to Kevin Little’s “Turn Me On’’ in a nightclub in Malta many years ago. I said to myself that we needed more tunes like that.

To date, Kevin has not been able to repeat the success of “Turn Me On’’, which I regard as the last truly massive Soca hit.

We have had a few good “grooves’’ and have versatile artistes that have shown talent in composing Groovy Soca; artistes like our own Shortpree, Edwin Yearwood of Barbados, and Trinidadians Machel Montano and Kerwin Dubois.

But none has shown the diligence and creativity, and is yet to put together the right combination of music, lyrics and marketing strategy, to become a stable of the international music scene; and worthy of consideration for a Grammy – the music world’s most prestigious award.

Arley Gill, a lawyer, is a former Grenada Culture Minister 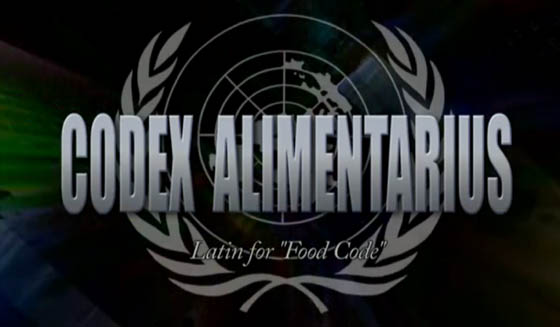