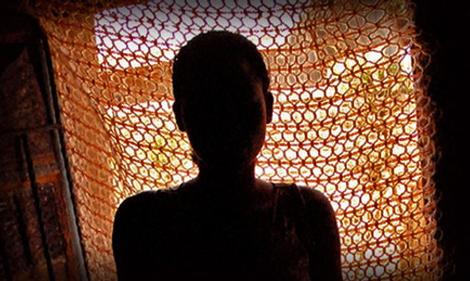 This story was posted 9 years ago
in Feature, Health
6 min. read

The data is not showing significant reduction in new cases because every month there are new detections. However, the same data is showing that many persons are living longer positive lives although they are diagnosed with a medical complaint which a few years ago was described as “the killer disease.”

Since the first case in Grenada was diagnosed in 1984, the new cases for HIV have gone beyond 400, but compared to the early patients when all seemed lost, those diagnosed within the past 15 years are no longer pushed into the “room of darkness.” Every day more and more lights are seen at the end of that medical tunnel, in which global research on management and a cure is the focus.

“We have patients on meds more than 15 years now and they are living fruitful lives; they are living positively positive, because gone are the days when an HIV diagnosis was a death sentence,” said Dr Jessie Henry, Director of the National Infectious Disease Control Unit, which was established when Grenada obtained a loan from the World Bank to focus on controlling the spread of the virus.

“We have close to one hundred persons on treatment, and some of them have been diagnosed more than 20 years ago; so just like with other medical problems where medication, when properly administered and taken, can make a big difference, so too are the experiences of those on HIV meds,” she said.

Over the years there has been a heavy focus on encouraging persons to know their status, and that message has resulted in thousands getting tested. If one person is found to be positive, all the support systems through the clinic are put in place, and some persons have even become members of the support network of persons living with or affected by HIV.

“Once the virus is detected through a blood test, the infected person is counselled and other medical tests are done. Two most important tests are the CD4 and the viral load. The result from these actually gives us a good idea about the functioning of the immune system of that individual,” said Dr Henry.

It must be noted that common opportunistic infections include: Candidiasis or Thrush; Cytomegalovirus (CMV); Pneumocystis Pneumonia (PCP); Toxoplasmosis (Toxo) and Tuberculosis. These medical complaints also affect persons who do not have a compromised immune system, so they should not be seen as HIV diseases.

The physician at the NIDCU Clinic said that the greatest feeling is seeing persons moved from low CD4 count to watching them restored to higher figures. “Despite what we do or tell them to do, at the end of the day it’s a personal choice to comply with the medication, but I tell you when they accept it and make the necessary personal life changes; when things improve for them health wise, you can see the positive spirit in the patients, and we also feel good, because this is one more person living that positive life,” she said.

One of the greatest challenge still facing persons diagnosed with HIV, is stigma and discrimination, when some members of the wider community become aware of their status. That harsh reality has been the focus of many campaigns, and still remains an issue of major concern to many advocates. Some working in the field of treatment, care and support, believe that the day an announcement is made that a cure is found, that will be the day that people’s attitude will suddenly change.

It’s a patient’s choice whether to go public, but it should never be done before getting counseled for the potential negative fallouts, not just from friends but also from close and distant family members. “There are persons who found themselves without a home, without a job, without support after making the disclosure,” said a counselor at the Clinic. “They become lonely, and loneliness can lead to depression, and we all know what can happen to a depressed person; they need support to cope with what is a dramatic life adjustment,” he said.

According to the counselor, “people are just fearful, and don’t even understand why they are fearful about something, since the myths spread faster than fact. However, what we observe is that once proper education about the transmission is done with family members, their attitudes change, because they now have to deal with the problem directly. There is also a reduction in the fear experienced by some family members that, in time, will be eliminated”, he explained.

How did you handle this dramatic emotion news from your doctor?

Woman 1: “I will never forget that day of receiving my positive diagnosis. I cried and maybe lived in denial for a while, but when my CD4 increased to 500+ and my Viral Load was about 60,000, I made up my mind that my sole goal is to be a survivor and one day tell my story. I am not yet ready for public disclosure, but I know the time will come when I will tell my story publicly,” said one woman who has been living with HIV for the past 7 years.

How do you feel now?

Woman 2: “My last Viral Load test showed that it was undetectable and that was the happiest feeling. It’s not a cure, but I am so compliant with my medication schedule that the virus cannot be detected in my blood, and yet I will not go public because I don’t know how people with treat me,” she said.

Woman 3: “I do the same things; I live a busy life between work and home. I do everything including cooking, because I have children and a negative partner and I ensure that when it comes to sex, protection is mandatory. I make sure that my partner is not exposed,” she adds.

How is your social life?

Woman 4: “My social life is no different to that of a negative person. Every day I need to take my medication around the same time, and as far as I see, the same rule applies to those who take daily regimen of vitamins or are living with diabetes and other complaints, so I am not different. It is just that people don’t understand what being positive is all about. It’s another medical complaint that I did not want, but it happened, so I am living positive,” she said.

Do you experience side effects for the medications?

Woman 5: “There are side effects from the medications; I remember when I just started how I used to feel so sick, but right now the effect I deal with the most is headache — and who does not have a headache? That’s why I said I am not different.”

“As a positive case, I am living positively with my HIV positive status, and I don’t think it’s different to any other complaints. People just need to change their opinions about others with that status. It’s not something I am glad to have, but I am sure that my life is much more positive than many who are HIV negative,” she said.

Cost of treatment and care

(About the writer: Linda Straker is a freelance journalist who volunteered on the National AIDS Council in Grenada from 2003 to 2011. She has extensive training in health reporting and has participated in numerous HIV/AIDS workshops, seminars and conferences.

NOW Grenada is not responsible for the opinions, statements or media content presented by contributors. In case of abuse, click here to report.
Tags: aidscd4cliniccondomdiscriminationhealthhivlinda strakernicdupositiveprotectionsexstigmatestviral
Next Post