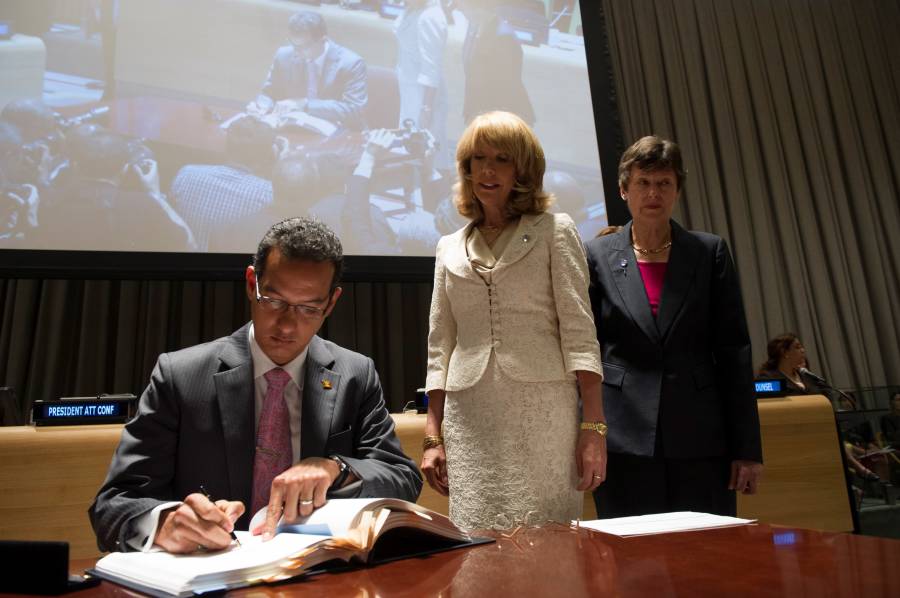 En route to the General Assembly of the Organization of American States (OAS) in Guatemala, Minister for Foreign Affairs and International Business, Hon. Nickolas Steele, stopped over in New York to participate in the historic Special Event to mark the opening of the Arms Trade Treaty for signature.

Minister Steele was the sixth Minister to sign the Treaty making Grenada one of sixty-seven Member States of the United Nations to sign onto the Treaty on the first day of its opening for signature.

Since then the initiative faced several hurdles, but finally on 2 April 2013 the General Assembly adopted the Treaty by a recorded vote with 154 Member States voting in favor. The Treaty was co-sponsored by over 100 countries, including all of Caricom.

The Treaty will come into force 90 days after the 50th instrument of ratification is deposited. Throughout the event, several countries, including Grenada, pledged their commitment to move their domestic agendas forward in a prompt and urgent manner to facilitate ratification of the Treaty as soon as possible as it is seen, for the first time, to be the means to regulate the international trade in conventional weapons. The Arms Trade Treaty will stem the flow of arms to conflict regions and prevent human rights abusers, terrorists, warlords, pirates, and gangs from being supplied with conventional weapons. Small arms and light weapons alone are responsible for the deaths of over 500,000 people each year and cause the majority of violent crimes and deaths.

Minister Steele, in his address during the Ministerial Segment of the Special Event, highlighted the importance of this Treaty for Grenada and the Caribbean area as a whole, as it “will save many of the innocent lives, which before today, have been lost as a result of the poorly regulated international arms trade”. He added that it is his belief that this Treaty marks a point of inflection in the way conflicts are resolved and mitigated.

In addition, Minister Steele was interviewed by South-South News where he spoke to the Government’s 100th day in office, as well as promoting Grenada as a hub for business developments. He also spoke of Grenada in the context of current UN matters such as the Millennium Development Goals and the Post-2015 Sustainable Development Agenda. 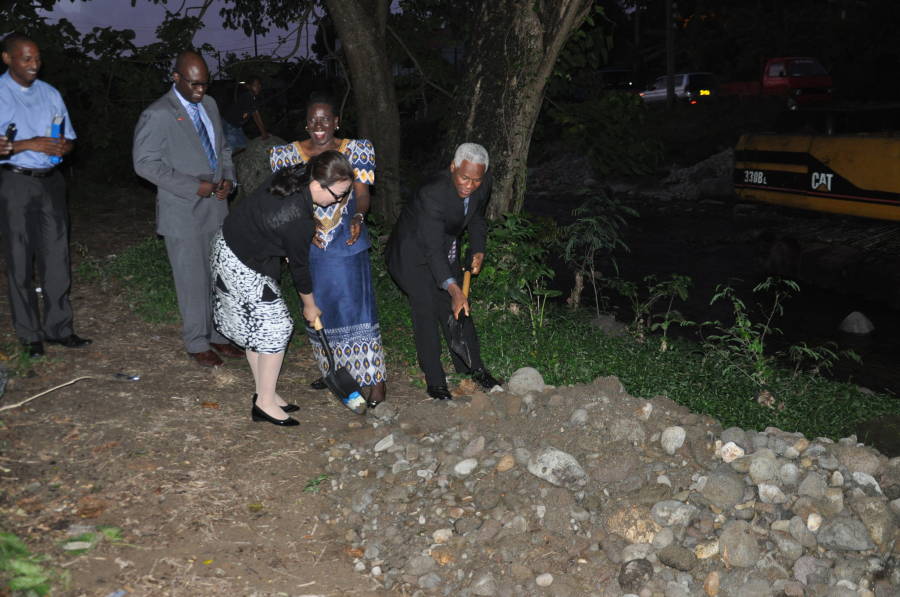