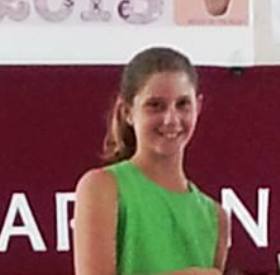 This story was posted 8 years ago
in Youth
12 min. read

Caribbean Primary Exit Assessment which was held on 17 May 2013 and is used to determine the number of students that will be provided the opportunity to move on to secondary schools when the new school year commences in September 2013.

Fadia Fakhre, Zoei Olliverre and Enya Noel — The top three students who scored 498, 492 and 490 points respectively are all students of Westmorland primary and they will be moving to the secondary department of the school.

Fourth and fifth were Thabo Antoine scoring 488 points and Ayana Taylor scoring 486 of First Choice primary, and they will be attending the Presentation Brothers’ College and St Joseph Convent St George’s respectively.

The position for sixth was tied with both students scoring 484 points. Christian Chow Chung of Beacon Junior will be receiving secondary education at the Beacon Secondary, while Ali Noel of St Andrew RC will be moving to PBC.

In the overall report, the Ministry of Education said that the Internal aspect of the CPEA commenced September 2012, and culminated on Friday 17 May 2013, with the external component of the Assessment. The Examination was opened to all students who were eleven (11) but not yet fourteen (14) years of age on 01 September 2013.

The CPEA comprised of 2 components:

Features of the internal assessment included:

The external component consisted of three multiple choice papers in:

The following table reflects the number of students assigned to each school:

All primary and secondary schools will be provided with the list of students assigned to each secondary school and the candidates’ performance profiles as indicated by the raw scores.

In the external component, students performed best in Science. Out of a total possible score of one hundred (100) marks, the National Mean in Mathematics was 56.45, in English was 58.91 and in Science was 64.30. Table 2 reflects this:

Table 2: The national mean in the external component of CPEA

Table 3 demonstrates that most of the students’ scores ranged from 41 to 80. The maximum possible score for the internal assessment was 100.

In the internal component, students performed best in Civics, followed by English, Science and Mathematics. Table 4 below reveals the national mean for each area in the internal assessment.

Table 4: The national mean in the internal component of the CPEA

Table 5: The number of students obtaining scores in the range for Mathematics, English, Science and Civics (Internal assessment)

Table 6: Number of students obtaining the range of scores in the CPEA (internal and external component combined)