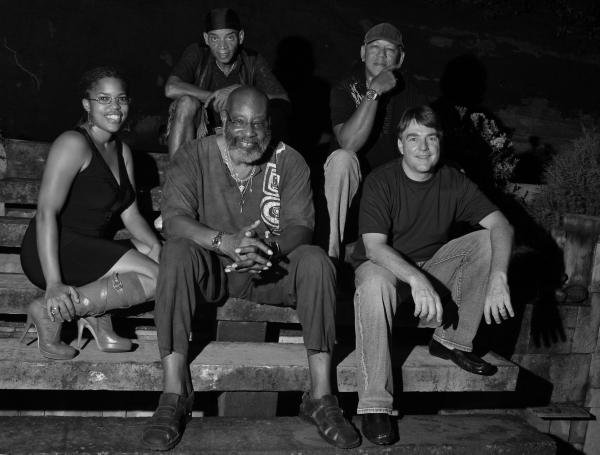 “This is the first Jazz concert to be held in the garden at Mount Cinnamon and Grenada music lovers can expect a high energy show by some of the best exponents of jazz from the Caribbean and internationally, in a picturesque location, with a family atmosphere” said Promoter Tom Hinds.
Share

Quiet Fire featuring the dynamic vocalist Jenny J will be heating up the stage on the Opening Night of the Naniki Caribbean Jazz Safari at Mount Cinnamon Gardens on Saturday 29 June. The local band will perform along with a returning son of the soil Peter “Zack” Bernard” and US guitarist and vocalist, Derek Mc Keith in a jazz festival dubbed a ‘thrilling Caribbean musical ride’.

“We are particularly pleased to highlight local talent on Opening Night and we hope that Grenadians will come out in their numbers to support them.” He added.

Quiet Fire is Grenada’s foremost jazz band. Together for the better part of 12 years, their focus on playing high-quality music has been paramount. The band describes their music as a ‘tropical fusion’. The “Fire” comes from the pulsating rhythms of drumming and percussion, punctuated by tropical jazz baselines.  The “Heat” from the fire is created by synthesized tones mixed with an aggressive rock approach.  To balance the “Fire”, the “Quiet”, produced by classical guitar, jazz guitar, and violin, soothes the rhythmic offerings generated by the percussion, bass, and guitar synthesizer. Special guest vocalist is the very popular, Jenny J whose sultry voice and dynamic, exciting stage presence is a real crowd-pleaser.

Opening the evening will be Grenada’s son and steel pan maestro Peter ‘Zack’ Bernard who returns home with his band.  Peter, who is now based in South Florida left Grenada and travelled to America as a young teenager in 1970, where he attended the New York Jazz Mobile School of Music. He started his first band in New Jersey, and then he joined another band in Brooklyn, New York in the 80s which opened shows for numerous groups and backed up many artists. One of the highlights of his career was opening for the world-renowned Earth, Wind, & Fire.

Also on the night, the audience will be treated to the music of American guitarist and educator Derek Mc Keith. He has been described as a masterful musician complete with creative foresight, lyrical honesty and natural showmanship. With the musical freedom of Jimi Hendrix and Lenny Kravitz, Derek’s vocals are reminiscent of Prince and the experimental boldness of Outkast. He also plays an active role in youth music education and community outreach and is the West Coast Director of the Travelling Guitar Foundation.

Following a successful take-off in Barbados in January this year with highly acclaimed performances, the unique travelling jazz festival entertained music lovers in Antigua and Barbuda who turned out at the Dean Lake Cultural Centre and the scenic Shirley Heights Lookout in March this year. Now it’s coming to Grenada “ to thrill audiences of all ages “ said Hinds. The safari will continue on to St Vincent later this year.