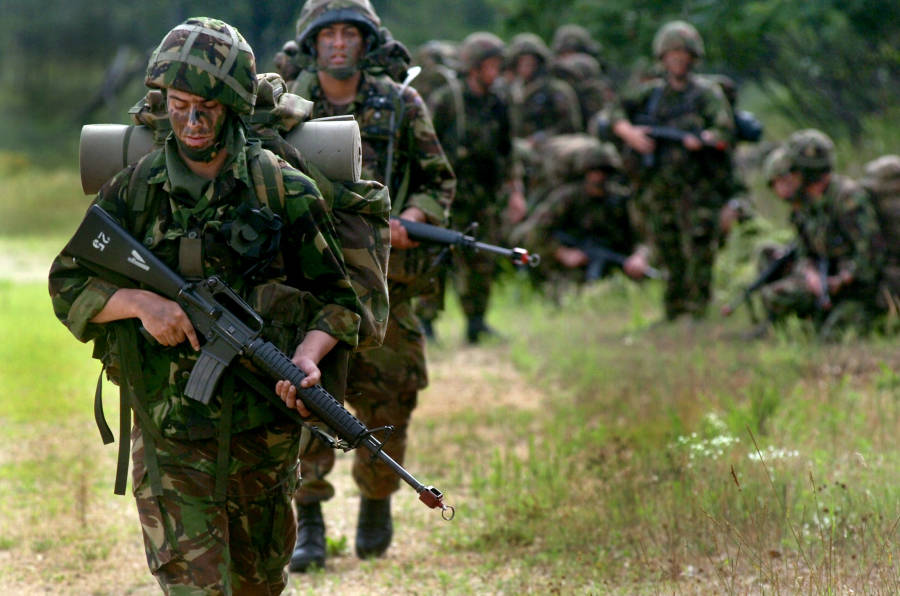 As of 11 July 2013, persons from Grenada and other Commonwealth countries who want to join Britain’s Armed Forces will have to first reside there for five years.

The residency test will prevent overseas recruits joining immediately as they do now. A story in the online version of UK’s dailymail said that Britain’s Ministry of Defense reinstated the requirement, which was scrapped in 1998, as it attempts to reduce the size of the military by nearly 30,000 troops.

However, it’s believed that controversial move could lead to accusations of betrayal because Commonwealth troops have shed blood for the UK on the battlefields of Iraq and Afghanistan — as well as in previous conflicts such as the two world wars.

In the past decade 24 Commonwealth soldiers have been killed in conflict while dozens more have been wounded.

If the rules had been in place when Sergeant Johnson Beharry arrived in Britain from Grenada in 1999, he would not have been permitted to join the Army in 2001.

Typically, 500 Commonwealth soldiers are among the 7,000 new recruits each year and the residency rule could leave the Forces perilously overstretched if they failed to recruit enough British soldiers.

NOW Grenada is not responsible for the opinions, statements or media content presented by contributors. In case of abuse, click here to report.
Tags: armybritainbritishcommonwealthmilitarysoldieruk
Next Post