Tourism Minister Alexandria Otway–Noel was among regional tourism leaders whom representatives from the Caribbean Tourism Organization recently met with, as it continues to engage its member-countries at the highest levels on some of the most critical regional tourism matters.

“In addition to gaining a greater appreciation for member-country needs and challenges, the CTO leadership discussed opportunities and initiatives such as CTO’s Total Visitor Satisfaction programme, Tourism Satellite Accounts, regional marketing initiatives and the importance of cruising and aviation to the Caribbean,” said a media release from the CTO.

“Our meetings have been enlightening and successful,” reported Nicholson-Doty, who also is Commissioner of Tourism of the United States Virgin Islands.

“The exchanges with my cabinet colleagues in the Eastern Caribbean have underscored one important thing — that we in the Caribbean need each other, and the only way to move tourism in the region to another level is by closely collaborating on key issues,” said Commissioner Nicholson-Doty, who along with Hugh Riley and Faye Gill also interacted with technical tourism professionals of the various ministries of tourism and national tourism offices.

The CTO release said that these meetings formed part of a series of member-country visits being undertaken by the CTO leadership to exchange information on the issues involving Caribbean tourism on an individual country and territory basis and to identify solutions.

NOW Grenada is not responsible for the opinions, statements or media content presented by contributors. In case of abuse, click here to report.
Tags: aviationcaribbeanregiontourism
Next Post 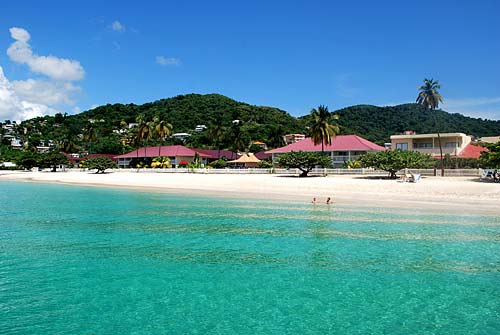