Port of St George’s, Grenada
Share
The New National Party Government of Prime Minister Dr. Keith Mitchell has declared war on unemployment with hundreds of jobs coming on stream with a major offensive underway, which is expected to spur economic growth and development.

Dr. Keith Mitchell says, that at least 10,000 people could find employment — on a temporary basis with several government driven initiative on stream, as the election promise to provide jobs is delivered.

Despite the tough economic situation, government has embarked on a number of projects that are resulting in thousands finding temporary jobs.

They include the De-bushing Program, which began on July 01st, employing 445 gangs of seven around the country.

In his first official press conference, five months after being overwhelmingly returned to office in February, Prime Minister Mitchell reiterated government’s commitment to the empowerment of people.

He said, that the workforce will be increased in the next two months with hundreds of jobs coming on stream, as promised.

He is heartened by this development.

“The workforce is about 40,000, so if we have now 3,500 persons working for the two months and you add another 3,000 who may be there for another two years, and another 1,500 with the Concrete Road Project and Special Projects, will take the number to 8,000 workers”, Dr Mitchell said.

He also spoke about other jobs coming on stream with the construction of the House of Parliament, expected to start soon, the St Mark’s Mitigation Project, two manufacturing projects underway in Frequente and the Sandals Hotel Project, which is already providing employment for many.

“We’re not even talking those. We are looking at around 8,000 from government initiatives alone; so you could be talking about 10,000 persons, who will be off the unemployment line”.

“We are going to see a serious dent to the employment at least temporarily in the country”, an upbeat Prime Minister Mitchell told the press.

The Grenada leader is also upbeat about new jobs in the Private Sector, as the New Economy takes shape.

He spoke about some 200 young people, who have been trained for the Cruise Tourism Industry, who he said, was been trained by a family in New Hampshire, who have done a wonderful job.

“The Cruise Line people are so impressed with them. They seem to be extremely successful with almost everyone they train finding employment”.

NOW Grenada is not responsible for the opinions, statements or media content presented by contributors. In case of abuse, click here to report.
Tags: economyemploymentgovernmentjobprojectunemploymentwork
Next Post 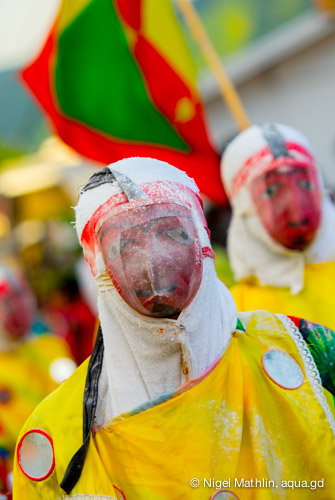