Grenada Works Minister Gregory Bowen said on Saturday that the two beaches which Government have declared open for sand mining will not be supplying sand to major projects but for small scale construction such as dwelling houses.

“We are not cutting on the importation of sand but have decided to declare that these beaches which have a massive build up of sand to only assist with the construction industry for residential homes,” said Bowen.

“Major construction projects by the private and public sectors will not be able to use the local sand because just a limited amount will be removed from the beaches and we are confident that the removal will in no way impact the environmental landscape of these beaches,” he said.

In 2009 Grenada declared sand mining illegal by amending the Beach Protection Act, but the same law also provides for the Minister of Environment to make special provision for the removal of sand on any beach.

Government recently announced that the Galby and Grand Bacolet areas in the rural eastern parish St David have been identified for Sand mining. Bowen said that Gravel and Concrete Emulsion Production Corporation is the only entity authorized to remove sand from the identified areas.

“The removal of sand will be in a sustainable manner and it will be only for a limited time. Secondly, the sand will be removed and stockpiled in another area so there will be limited damages to the beaches,” he said, while explaining that the police will still be able to arrest and charge persons who are caught engaging in sand mining without the permission of the Minister.

Bowen further explained that sand will also be removed from canals in St Patrick, St Andrew, and other areas around the country which are often chocked with sand. “We are not going outside the norm or with anything new. Whatever incentive program the Police have in place, we are going to ask them to use it to ensure that we get maximum protection and security of the sand on the beaches” Bowen said.

NOW Grenada is not responsible for the opinions, statements or media content presented by contributors. In case of abuse, click here to report.
Tags: beachconstructionenvironmentlinda strakerminingsand
Next Post 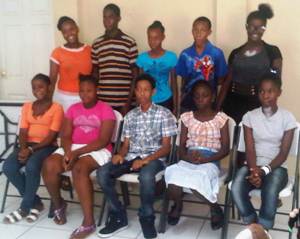