A candidate who was unsuccessful in his bid to become a member of House of Representatives is promising to stage a one man protest if Government does not remove the clause in the Electronic Crime Bill which provides for people to be charged with a criminal offence for sending offensive messages electronically.

Randal Robinson, who was a candidate for the National Democratic Congress said that he is prepared to protest the passage of the bill in its present state. “Any attempts to limit free speech in Grenada by any Government will be met with resistance from me. I fully understand and appreciate that freedom of speech must be exercised responsibly and ought not to trample on the rights of others,” said Robinson who since learning about the legislation has used Facebook to openly express his uneasiness about the provision in the Bill which was approved by the House of Representatives last Friday.

“I appreciate that we are human and that we may go overboard from time to time and that we ought to be chastened for it, but speech, offensive or otherwise ought not to be criminalized. We already have a remedy in the Civil Courts that adequately compensates offended parties where they sue and win,” he adds.

“A person should not be called or be labelled as a criminal for sending an offensive message, and who determines what is an offensive message,” Robinson said who claimed that he would have resigned from Government if the administration he supports was to approved such a legislation.

The Electronic Crimes law said that a person shall not knowingly or without lawful excuse or justification send by means of an electronic system or an electronic device:

(a) Information that is grossly offensive or has a menacing character

(b)information which he or she knows to be false, but for the purpose of causing annoyance, inconvenience, danger, obstruction, insult, injury, criminal intimidation, enmity, hatred or ill will persistently by making use of such electronic system or a electronic devices; or

(c) Electronic mail or an electronic message for the purpose of causing annoyance or inconvenience or to deceive or to mislead the addressee or recipient about the origin of such messages.

For the purpose of this section, the term “electronic mail” or “electronic message” means a message or information created or transmitted or received on an electronic system or electronic device including attachments in text, images, audio, video and any other electronic record which may be transmitted with the message.

A person found guilty of sending an offensive message will be charged a maximum of EC$100,000 or face three years imprisonment.

NOW Grenada is not responsible for the opinions, statements or media content presented by contributors. In case of abuse, click here to report.
Tags: actbillcrimeelectronicfacebookfreedomlawlegislationlinda strakerrandalrobinsonsocialspeech
Next Post 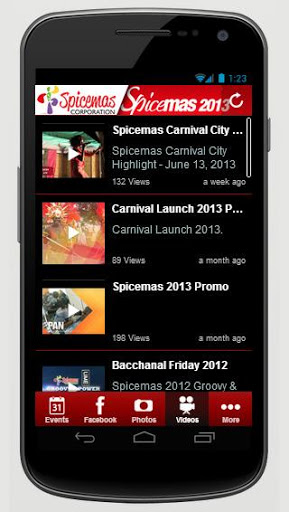