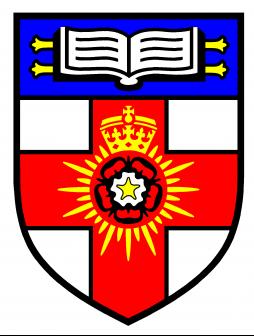 The University of London Grants Fellowship To Dr. Lawrence Joseph

The University of London Grants Fellowship To Dr. Lawrence Joseph

Dr. the Hon. Senator Lawrence Joseph, practicing attorney and President of the Senate has accepted a nomination from his alma mater, the School of Advanced Study at the University of London to become an S T Lee Visiting Professorial Fellow. This Fellowship has been awarded to Dr. Joseph as an eminent and distinguished scholar of the university and is for the academic year 2013 to 2014. During this period he will be recognized as an ambassador of the university.

As a consequence of his appointment, Dr Joseph is invited to spend about four weeks at the School of Advanced Study during the spring of 2014. Whilst there he is expected to give four high profile lectures: one in London and three elsewhere in the United Kingdom.

The lectures will focus on constitutional law which is his area of expertise. Only in June of last year Dr. Joseph successfully defended his PhD thesis concerning the adjudication dilemma of the judges in the Maurice Bishop murder trial which was held in Grenada in the 1980s. In his thesis, he expressed agreement with the judges’ decision that, despite the unconstitutionality of the then revolutionary Court, it had the validity and competence to undertake the trial of the defendants based upon the doctrine of necessity.

This approach by the Court of Appeal judges in Grenada was in stark contrast to the prevailing responses of Commonwealth judges at the time. Those judges generally upheld the principles of Kelsen’s theory of revolutionary legality in extra-constitutional situations.

It is expected that his lectures will provide an important opportunity for demonstrating the reach and significance of the social sciences to the wider culture and to society at large.