The Waiting On Promises Continues

The Waiting On Promises Continues

We are moving steadily towards the first six months of our unopposed controllers’ total powers, over our public and Government affairs – while the unemployeds continue to wait on the jobs-promises that were supposed to come on stream in the first hundred days after the victory.

The Government Ministers and other officials have been travelling extensively in the said time, and recently I heard a news item that some of those promises would be realized in the near future – as one or two Investors are ready to come ashore.

Quite a number of the road maintenance and de-bushing gangs have been on the job in recent weeks – and I must say the road-sides are looking very different, and even the overhanging trees have all gone.

And in the last week or so, I also noticed the many potholes on the main roads are being taken care of, and I was reliably informed that the Ministry responsible has now obtained a supply of pitch or asphalt, or however it is called, so that vehicles would soon be driven without having to zig-zag to avoid those potholes.

On the other side of the job-coin, there are still many rumours floating around — about the numbers of former government employees who have been sent home, for one reason or another by the new controllers.

And those rumours are very disturbing, because the background information is that those dismissed workers are NDC supporters, who were hired by the last government as payment for their political support.

So now that the NNP is in control — the new leaders are replacing those NDC supporters with their people, whether the information about the political support is true or false.

There can be no denial — that all our adult people who are not self-employed need to have a job, to support themselves and their family, where they have families.

But to put people out of a job — because they are supporters of another party which gave them the job in the first place, is doing exactly what was allegedly very wrong in the first place. And the new controllers, with no opposition to question their actions, should rise above the petty standard of spiteful behaviour, and demonstrate their superior standards of fairness and good governance.

And if the very many regular overseas trips are truly going to begin producing results — by having some of those promised foreign investors, almost ready to begin some investment programs in the Tourism and Travel Agency businesses — then a whole lot of our people, regardless of their party preference before or after the elections, will soon be able to find regular employment right here in our Tri-Island State.

This is the second time that the NNP, and Dr. Keith Mitchell as Party Leader — have fully influenced the Grenadian voters, to choose ALL their candidates as Members of Parliament for every constituency in the State.

Those exceptional results must have some special meaning, as far as the voters’ responses are concerned — in that a very sizeable number of voters, have on two occasions changed their preference from the one to the other party and leader.

That must mean, therefore, that the situation is not strictly a case of one set of voters for the one party, and the others for the next party. And if that assessment is correct, it will mean that a whole lot of voters who chose the NNP candidates in their last elections are being victimized unfairly as NDCites, because they were employed before elections.

That state of petty-political victimization has long outlived its relevance, and those now in total control of the nation’s affairs must be able to see that far and respond accordingly.

As the very tiny-tot state and almost insignificant regional player we most surely are — our leaders and national controllers must be able to see the need to behave and act accordingly.

Our people in this Spice Isle, have gone through and suffered far more than their fair share of political upheavals, and victimization, and denial of their God-given rights and freedoms.

And if my assessment is even fifty percent (50%) correct — although I think it is much more — then in my humble opinion, we deserve a whole lot more than we are in fact getting from those now in total control of state power.

It is one thing for those in need of a job to take care of their families, to be waiting on the many election promises to come on stream — but it is quite something else for those who are considered NDC supporters to be sent home for whatever reason, and that level of spiteful behaviour should cease.

The atmosphere islandwide seems very peaceful, and those who have already got hired on the roads maintenance and de-bushing program are going about their tasks with enthusiasm — so that there is an air of organized activities, and concentrated management in all aspects of the business of the State.

It is therefore the genuine desire of the great majority of our people, that good sense, positive thinking and caring consideration for the people generally, will truly prevail and promoted by those in full control of our nation’s affairs.

NOW Grenada is not responsible for the opinions, statements or media content presented by contributors. In case of abuse, click here to report.
Tags: electionemploymentforeigngovernmentinvestmentlaw & politicslloyd noelndcnnppolitics
Next Post 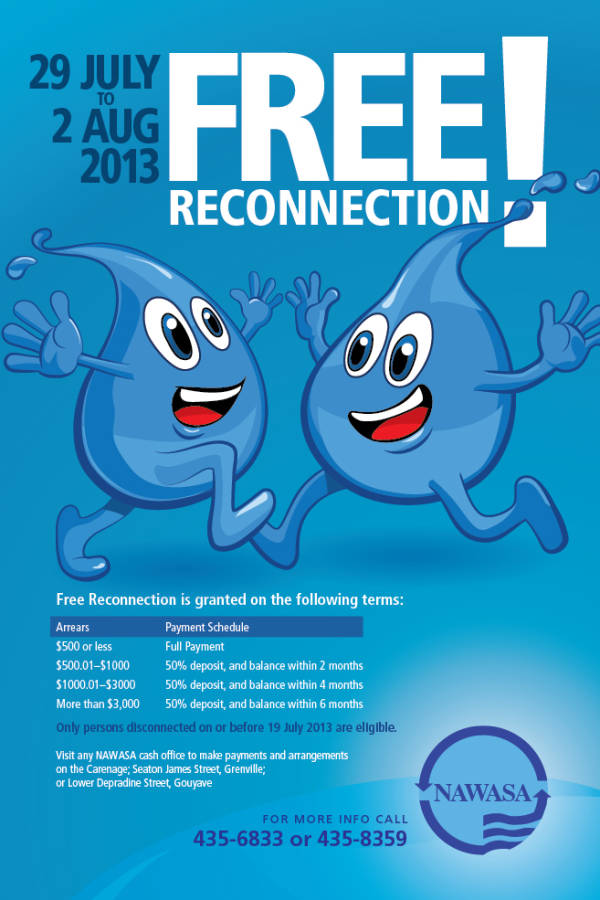