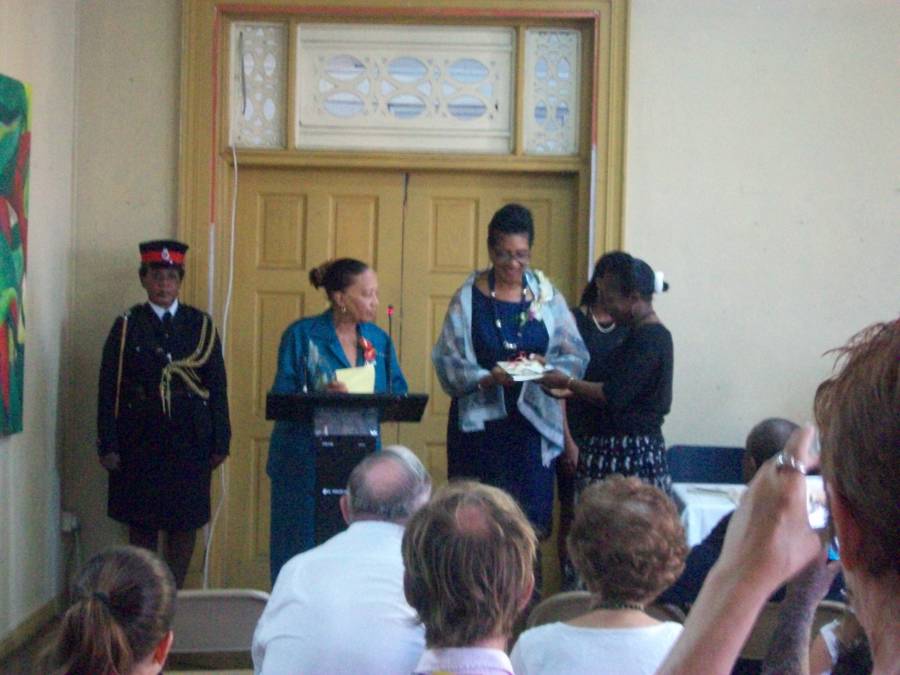 It was about two years in the making, but on Wednesday, 31 July 2013 at 5pm, family members, well wishes and friends of Norris Mitchell and the Willie Redhead Foundation gathered at the Grenada National Museum on Young Street for the launch and celebration of Dynamics of Urban St. George, a book dedicated to our unique capital city.

The book treats of its origin, as a French  colonial outpost in the Caribbean, its evolution, its growth, its blossoming, as the “prettiest little town in the Caribbean”, and its recognition in 1988 by CARIMOS — the Cultural Arm of the Organization of American States (OAS), as “a moment of the wider Caribbean”.

If 1988 could be taken as the benchmark for the height of its urban glory; it is now a matter of grave concern — 25 years after, for those of us old enough, who have the aesthetic capacity for recognising beauty, charm and elegance, to ponder at the fate of Urban St. George if the rate of its decline continues, and to wonder if something could be done to reverse its unfortunate destiny.

There is a school of thought, which is of the view that the vision of all post independence governments in Grenada have remained within the box, and have not been able to see the obvious economic benefits of heritage tourism. The reason for this myopic vision could be the lack of knowledge and appreciation of our history as recorded in our built heritage and the enormous potential for economic activity which it could generate. Take for example Fort George. It boggles the mind how this prime tourism site, with its past and recent history of wars and revolution is left to the police and to the elements, without being developed as the Numero Uno (number one) tourist site in Grenada, which is right in the heart of Urban St. George.

It is the hope, that Dynamics of Urban St. George will stir the imagination of the powers that be into forming a (St. George’s) Capital City Corporation, armed with the necessary resource and legal teeth to rescue our Capital City and to restore it to the glory that it once was: the investment in such an initiative would repay itself tenfold in a few years. This project could of course incorporate the GENTRIFICATION and GREENING of St. George which for sometime have been advocated by the Willie Redhead Foundation.

Opportunity must be taken to say many thanks to the sponsors who have purchased books for schools. So far they are: Guyana and Trinidad Mutual (GTM), George Andrew of Hotel Laurena in Carriacou, River Antoine Rum Distillers Ltd, Jonas Browne & Hubbard, Bryden & Minors, and Campbell Investment Services. It is the expectation that others would come on board in the thrust to better educate the youths of Grenada.

The highlight of the launch however, was the speech given by our Governor General – H.E. Dame Cécile La Grenade, who congratulated the author for his pioneering work. An extract from her speech provides the theme of Her Excellency’s presentation:

“Some efforts are being made in Grenada to develop ecotourism and, more recently, heritage tourism. Proper urban planning is inextricably linked to these two areas of tourism. It is difficult to promote eco-tourism when St. George’s, the face of our nation, is a maze of buildings, with few sidewalks and parking facilities. Added to this is the capital’s lack of greenery. Shrubs and small trees in St. George’s could enhance the city’s appearance and improve the environment. If we wish to promote heritage tourism, which focuses on our historical buildings, landmarks and sites the city of St. George would be a logical starting point, because of the work needed there and because our capital city often gives visitors the first glimpse of our beautiful island. We all know that first impressions are lasting.”

Permission will be sought from Her Excellency to publish her entire speech in the near future.

The Sentinel joins with others in congratulating Mr. Mitchell in his pioneering work, and wish him continued success in the future.

Dynamics of Urban St. George can be purchased from TIKAL on Young Street next to the Museum, the G’da Teachers’ School Supplies on St. John’s Street, and at Art and Soul at the Spiceland Mall, Grand Anse. 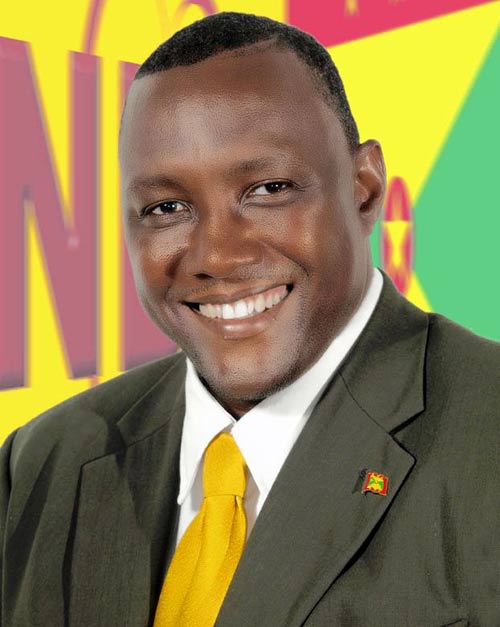