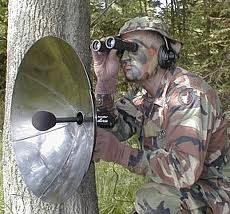 Minister for National Security told the House of Parliament that his administration has discovered equipment which was purchased by the previous administration that has the ability to interception communications illegally.

“We found one piece that has the ability to monitor a person’s home from as far a half a mile away. All they needed to do was zoom into the house and listen to whatever was being discussed,” Prime Minister Dr Keith Mitchell told the House of Parliamen,t when he presented the 2013 Interception Communications Bill seeking the approval of House of Representatives.

Grenada currently has no legislation which provides penalties for any person found with illegal interception devices or anyone who commits the act. The Bill presented provides for law enforcement officials to apply to a Court for an order whenever that person’s communications need to be intercepted.

Informing the Parliament that he is convinced that there were persons close to the previous Tillman Thomas administration who engaged in illegal interception, the Prime Minister said that his administration will not be tolerating such behaviour, and any unauthorized person found with that equipment will face the consequences.

“Under this Government that sort of behavior will not be tolerated, anyone who violates the rights of the people to privacy will feel the full weight of the law,” he said while explaining that the principal aim of the Interception Bill is to prohibit unlawful interception of communications.

The Bill itself establishes a limited number of conditions in which interception is deemed lawful — that action from law enforcement can only be done by order of a Judge. “Interception can only be done by order of the Judge; this is no way in the hands of a minister or any politician. The legislation further outlines that any interception applied for on the grounds of national security shall be accompanied by a written authorization from the Minister for National Security.

According to the law, anyone who illegally engages in intercepting communication can be fined as much as EC$250,000 or sent to jail for five years.

NOW Grenada is not responsible for the opinions, statements or media content presented by contributors. In case of abuse, click here to report.
Tags: communicationlawlinda strakerparliamentprivacyrightssecurityspysurveillancetapwire
Next Post