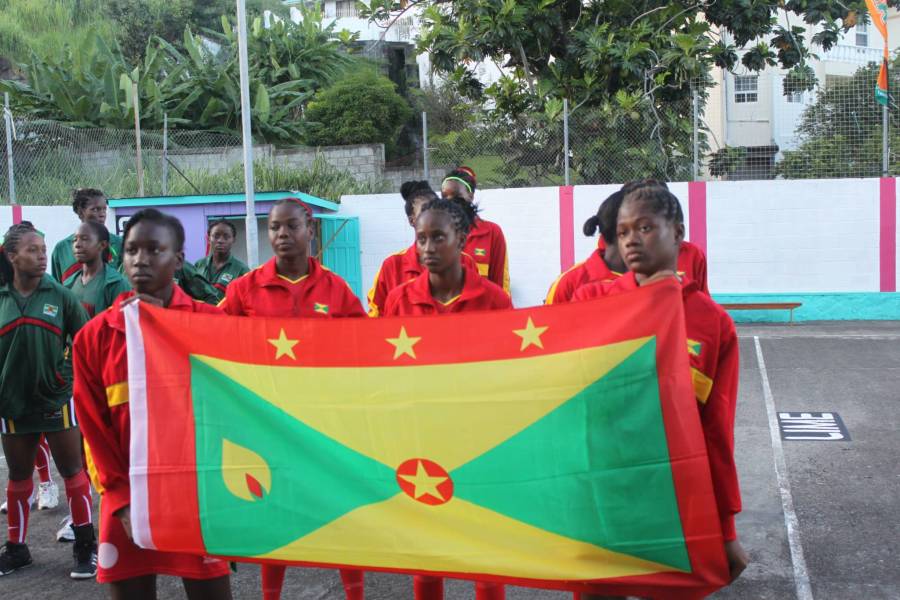 This story was posted 8 years ago
in Sports
1 min. read

Minister for Youth, Sports, and Ecclesiastic Affairs has congratulated Team Grenada on their astounding performance at retaining the Windward Islands Secondary School (WISS) Championship title for a second consecutive year.

In showing appreciation to the young athletes, Minister Pierre announced that the Ministry will host a special activity for the performance displayed in St. Vincent and to encourage them to continue doing well in order to excel at the highest possible level.

At the games, Grenada won the athletics title and both male and female basketball titles. The Minister recognizes that even though the team placed second in the football, netball, and male and female volleyball categories she wants to applaud them for their great effort at making Grenada proud.

With the theme being Four Teams, One Dream, the WISS Games can be considered the Olympics of the Windward Islands. Currently, there are five sporting disciplines contested at the annual event.

The 2014 Windward Island Secondary School Games is scheduled to be held in St. Lucia and the Ministry encourages our coaches and athletes to continue to train hard to maintain Grenada’s dominance at the annual event.

GIS
NOW Grenada is not responsible for the opinions, statements or media content presented by contributors. In case of abuse, click here to report.
Tags: athleticbasketballcaribbeanfootballnetballregionsportvincentvolleyballwindward
Next Post

Let Us Have A Peaceful Carnival