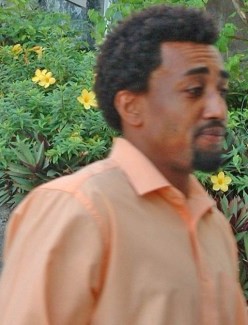 20 of the 96 cases listed for hearing in the October assizes are homicide matters.

52 of the matters were traversed from the June assizes, and of the 20 homicide cases, 2 are for manslaughter, and 2 is for causing death by dangerous driving. “But under the law they are described as homicide matters,” said an official from the Court.

Among the murder cases schedule for trial is the double murder which took place in May 2010. Steve Gurrie is allegedly to behead Clyde Greenidge, a Farmer/Proprietor of Birchgrove, St Andrew, and Christopher Stafford, a Labourer of Byelands, St Andrew on 3 May 2010 at Balthazar, St Andrew.

Besides the significant amount of sexual related offenses which range from rape to indecent assault there are also matters related to stealing, robbery with violence, forgery and fraud.

The new law year opened on Tuesday with members of the profession attending a church service at the Methodist Church in St George which was followed by the traditional procession to the yard of the Supreme Court where the Guard of Honour was inspected and then an address by the Chief Justice which was simultaneously broadcast throughout the OECS.

NOW Grenada is not responsible for the opinions, statements or media content presented by contributors. In case of abuse, click here to report.
Tags: assizescourthomicidemurder
Next Post