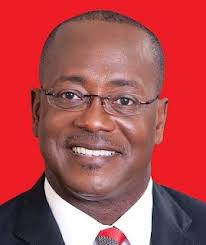 This story was posted 8 years ago
in Business, General News
2 min. read

Recently appointed Interim Director of the Grenada Board of Tourism, Steve Horsford,  is expected to conclude his tenure in December as one of the pieces of legislations expected to get the approval of the Parliament in the early days of the Second Session of the Ninth Parliament is the Grenada Tourism Authority Bill.

The Parliament is presently on recess, and is expected to reopen during the month of October. The Tourism Authority bill was first presented to the Parliament in 2011 by the former National Democratic Congress administration, but they had withdrawn it for the Order paper.

Many stakeholders within the sector believes that there is need to create a structure that will provide those involved in marketing the destination more leverage, and establishing an Authority is the best solution.

Other countries in the region, including St Vincent and the Grenadines, Barbados, St Lucia, Antigua and Barbuda, Dominica and others, have already adopted the Authority structure for promoting and marketing the destination.

“My role is to oversee the Board during the transition, as Government steps another important step in the marketing and promoting Grenada as a top tourism destination in the Caribbean,” he said.

Former Barbados tourism Minister Noel Lynch, who is the consultant to spearhead the process, said that the Authority structure will have one major difference. “The new law will be giving the operation to be more of a private entity than that of a public entity. The new law is basically commercializing the Grenada Board of Tourism and giving it certain powers,” he told reporters during a news conference.

The Board of Tourism which was created by an act of Parliament in the mid 80s provides for the Board to be the sole body for marketing, promoting and developing the Grenada’s tourism products. It receives millions in subvention from Government. Its early workers were seconded from the Public Sector.

It is anticipated that once the legislation is approved, the new entity will be enforced as of December 2013.

Government has already begun placing vacancy advertisements for chief executive officers and other senior positions for the Authority. It was recently disclosed that all existing staff with the Grenada Board of Tourism will receive severance packages for their years of service. They will have to re-apply to the Authority if they are interesting in any of the vacancies under the Authority structure.

NOW Grenada is not responsible for the opinions, statements or media content presented by contributors. In case of abuse, click here to report.
Tags: authoritybillboardbusinesslawlinda strakertourism
Next Post

Electronic Crimes Bill Not Yet in Effect