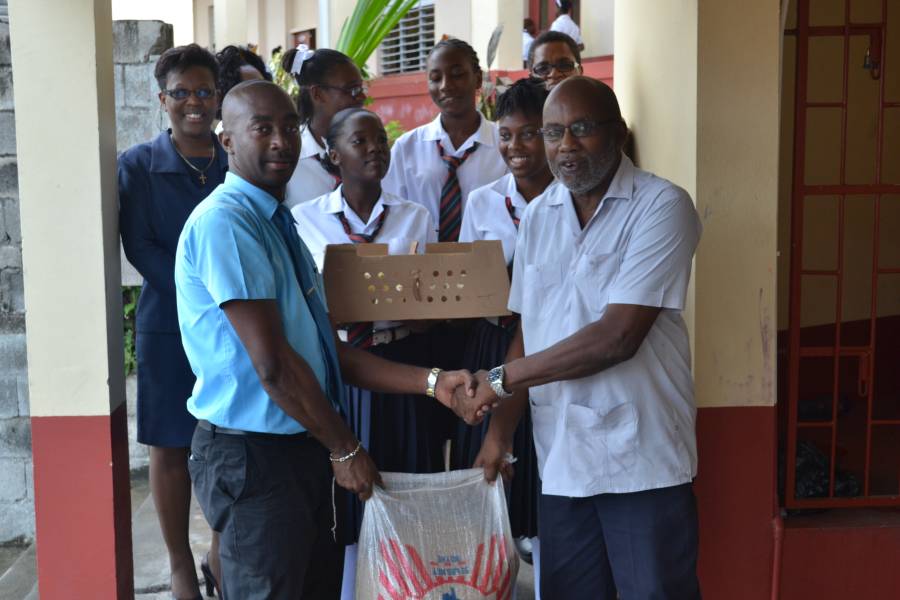 George F Huggins and Co. (G’da) Ltd has provided assistance to students at the Anglican High School, whose agricultural SBA project was destroyed earlier this week.

On Monday, the students who were following the growth of chickens discovered that their three-week old chickens, which were housed in a coop on the school compound in Tanteen were no longer alive.

In a speedy response to the students need to complete their project, Huggins on Tuesday supplied the students with 24 chickens, plus a bag of feed and vitamins to assist with the continuation of their project.

“This is Huggins way of contributing to the educational advancement of our young people. Its Huggins way of indicating that agriculture is still a vital pillar of our economy, said Mr. Collin Laborie, Head of Huggins Farm & Garden Centre, who wished the students a successful completion of their project.

“You never know…from that group of students…who may be able to (in the future) supply our Foodland supermarkets with locally grown fresh chickens, he noted with much anticipation.

Thanking Huggins for the “timely gesture” Agricultural Science teacher at the school, Mr. Dwayne Mendes expressed appreciation for the urgency that the company took towards making the donation.

“I am really happy and it just shows the commitment of Huggins Farm & Garden and the emphasis it has placed on Agricultural Science, Mr. Mendes said.

“We are truly grateful for this donation and it will definitely aid in the continuation of this SBA,” he added.

However, the Agricultural Science teacher noted that the school has to meet with the Ministry of Education to discuss the issue, since the girls have been forced to start the project over.

The project surrounded the growth of chickens, which had to be well recorded. They were also paying attention to the lucratively of the rearing of the chickens, which were allegedly killed by stray dogs. 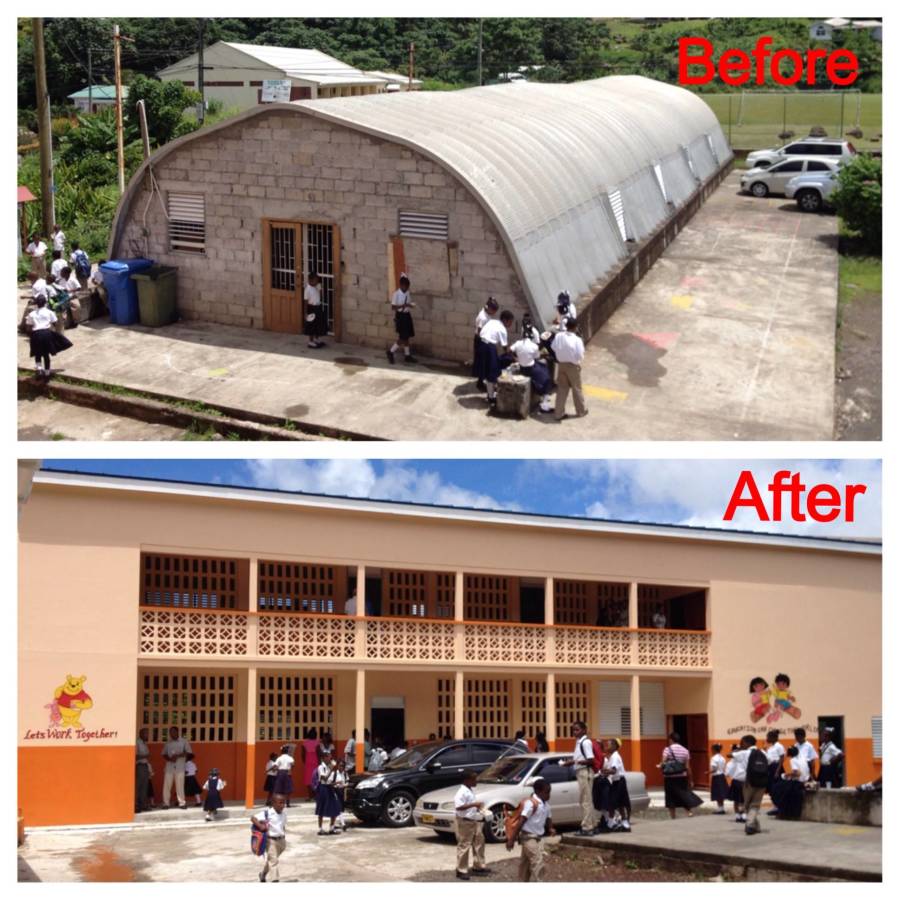 Public and Private Sectors Work Together for Vendome