This story was posted 7 years ago
in Community
2 min. read 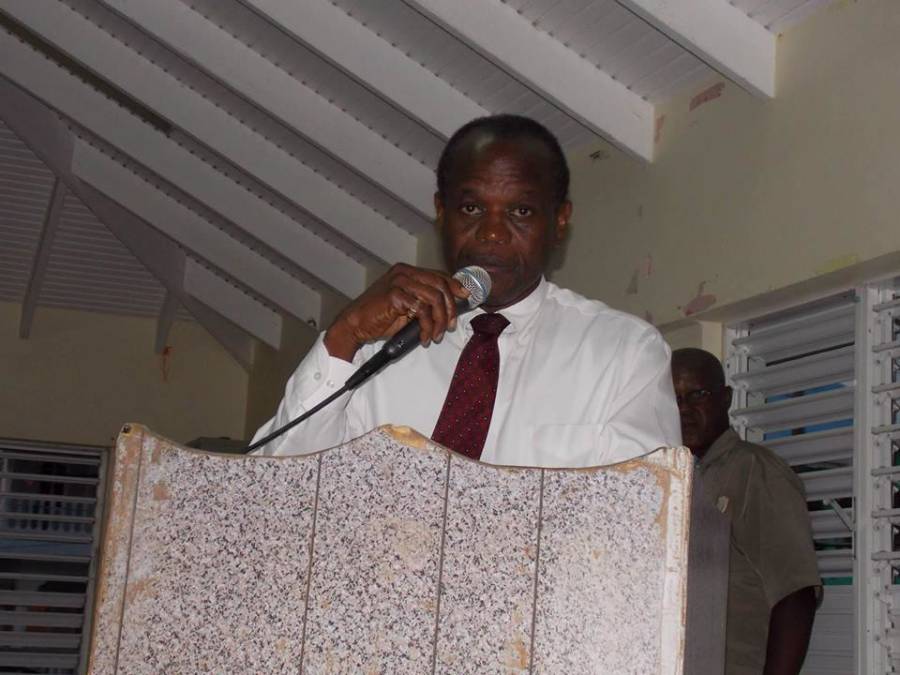 On Thursday 24 October, the Ministry of Carriacou and Petite Martinique Affairs in collaboration with Ministry of Finance held a budget consultation on the island of Carriacou.

This event was facilitated at the Hillsborough Government School.

The Ministry of Finance conducts the Budget Consultation Process annually so that stakeholders can get an opportunity to have an input into the National Budget.

To start off the event, Permanent Secretary in the Ministry of Carriacou and Petite Martinique Affairs, Mrs. Gertrude Niles, gave welcoming remarks.

She was followed by Minister of Carriacou and Petite Martinique Affairs, Local Government and Deputy Prime Minister, Hon. Elvin Nimrod, who explained the importance of the budget.

Mr. Nimrod said that without a budget you’re down for a financial disaster. He also added that the importance of this budget consultation is for the people of Carriacou and Petite Martinique to suggest what they would like to see done on the islands.

Officials from the Ministry of Finance, Mr. Michael Stephen and Mr. Curlan Gilchrist, gave an assessment of the economy and outlined the current thinking of the government in taking Grenada forward.

Mr. Stephen said that the Ministry of Finance is working vigorously to restore a level of physical and debt sustainability in Grenada.

It is evident that an economy cannot grow without jobs. To support this, the 2014 budget will be presented in December and would be paying a close attention to the New Economy, which will focus on the growth of the economy and the generation of jobs. Stephen said in terms of the 2014 budget, government’s priorities are to focus on Economic Management, Health Sector, Agriculture, Tourism Sector and Growing Housing Stocks in Grenada, Carriacou and Petite Martinique.

Mr. Gilchrist stated that the government would like to move forward knowing the initiative of the people, and to go forward one must know where they are at present. In 2012, Grenada recorded negative point five percent decline (-.5%) in economic growth. However, in 2013, growth has been projecting in the economy around one point two percent (1.2 %) under Dr. Mitchell’s Administration.

Some of the concerns raised by the people of Carriacou and Petite Martinique were related to port authority and customs on the island of Petite Martinique, jobs for young people, roads, fisheries, construction, sand mining, transportation between the islands, agriculture, wastage of government’s monies, development centre, tourism, lighting of playing fields, culture and small business loans for young people.

Parliamentary Secretary for Carriacou and Petite Martinique, Senator Jester Emmons, was also on the head table.