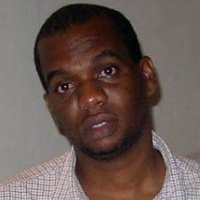 A lot has been made over these past few months — and I saw just the other day a couple of orchestrated swipes at Chester Humphrey — about the ongoing massive realignment in the politics of Grenada.

A few months ago, Prime Minister Dr Keith Mitchell made a poignant point at a church service at the St George’s Baptist Church conducted by Pastor Stanford Simon.

There, in the pew, were the likes of former Attorney General Jimmy Bristol and Peter David and myself.

If anything, symbolically, did not say it up to then — on full show at that moment and in that space was the shifting time of Grenadian politics.

One thing politics has taught me by being its student over the years, is that it is never absolutist nor puristic; and along the path to a position of reason there might even appear to be contradictions; and that for those who are not paying close enough attention, it might even seem at a glance, as hypocrisy.

So when a certain Mr Stewart took a swipe at Humphrey for now working closely with the government, he took him to task as if to suggest that he lacks character and consistency.

But political alignments must only be seen as a vehicle to affect and effect change.

And in that sense, Humphrey has shown both character and consistency — putting his cause — that of the workers he represents — ahead of whatever personal hang-ups he might have had.

His critics can debate whether his assessment and current positions are correct; but never question the character of the man who has made them.

When the likes of Humphrey and David — and me for that matter — decided to join “Project Grenada’’ — it is neither an attempt to rewrite (or for that matter, forget history), but just a recheck with political reality.

And to suggest that only we have changed — is to ignore the “political reality’’ that all the other facets had also changed.

Prime Minister Mitchell has changed his attitude to governance — making working with him more attractive. And crucially, at the same time, the other party we all once took stone (pun intended), to make bread out of, had degenerated into a spite machine — and is still to find its feet — never mind its soul — and for that matter, its heart.

The current on-going realignment has been informed as much by Mitchell’s own change of approach (and approach to change), as much as  to the reaction to the NDC, whose 2003–2008 season of “we–can–make–magic–together’’, has long been washed away by a treacherous storm of spite and suspicion, which sold a people’s yearning for change down a unforgiving river of regret.

The historical fact that Mitchell and Tillman Thomas emerged from the same GDM (Grenada Democratic Movement) tree to join the original NNP, only for in later years to compete against each other for Prime Minister — is neither a slight on their respective characters — nor is it any suggestion of inconsistency.

In politics as in life, people and time evolve — and the only thing you’re supposed to be until death — is married (and even that is not easy to pull off).

Political realignments — and adjustments — are normally grounded in certain realities. They are never to suggest that past battles were not appropriate — or that, that which was wrong is forgotten. Forgiven yes, but not forgotten.

Nelson Mandela, whom we all admire, chose F W DeKlerk, the last president under apartheid, as his deputy.

This was an act grounded in political reality — not a statement to suggest that all the sins of apartheid were forgiven.

It is the same thinking that would have driven the likes of Humphrey to join “Project Grenada’’.

It is the same thinking that would have led Dr Mitchell to believe that he can do business with his once arch-enemies.

For he too, like the Humphreys, understands that his actions of the past were not a gangnam of purity.

There is another strong factor in realignments — and that is — a consideration of what the alternative might be.

It is that reality that Grenada faced in February this year.

There were thousands of people who voted for the NNP, because in their mind, the alternative of a feuding, clueless NDC was worse.

The kind of political purism now conveniently espoused by the likes of Ray Roberts is indeed not grounded in any on–the–ground reality, that could positively affect people in a real way.

This current government, for which I work — is not faultless (heaven knows I still fret about many things); nor is it for that matter, the best thing since slice bread.

It is just for now however — the best thing since the last one we had.

Hamlet Mark
Notes From All Around

NOW Grenada is not responsible for the opinions, statements or media content presented by contributors. In case of abuse, click here to report.
Tags: chester humphreyhamlet markndcnnppolitics
Next Post

What Now Can We Expect?