Lawyer Wants “Inconvenient Truth” about 19 October 1983 to be Exposed

Lawyer Wants “Inconvenient Truth” about 19 October 1983 to be Exposed

A member of Grenada’s legal fraternity said that despite the fact that an entire generation seems not to know about the inconvenient truth centred around the 19 October 1983 massacre on Fort George, that is no reason for it not to be remembered as a national tragic event in the nation’s history.

“It astonishes me that there are some amongst us, who feel that we must completely forget these horrific events, banish them from memory, so that some may pretend for their own artificial comfort that life continues without consequence, for the murderous betrayal inflicted on this nation 30 years ago,” said Leslie-Ann Seon as she reflected on the 30th anniversary of the killings of the then Prime Minister Maurice Bishop, several of his cabinet and other citizens.

“But this day must not be forgotten, and the history of it, a complete and undistorted version must be comprehensively recorded in permanent medium, and thereto form part of the annals of our national archives, so that no one can deny the tragedy that took place on this day,” she said while referring to 19 October 1983 as this “murderous betrayal inflicted on this nation.”

She said those who would wish to bury the truths which unfolded in spite of and despite the tyrannical efforts to crush it from revelation, must now be assured that this will never happen. The former president of the Senate said that historians and archivists have a tremendous responsibility to the nation, to ensure that the permanent record also contains the inconvenient truths of the day.

“We have a responsibility as family and friends, to make sure that this is done properly or else, we must ask ourselves; who speaks for the victims? Who speaks for the families? Who speaks for Grenada? Who will advocate at every level for the injustices that were inflicted upon all of us, mercilessly, and with wanton disregard for the value of human life?” said Seon.

She also concerned that persons born within the past 30 years do not have a clear understanding about the 19 October 1983 events.  “Even greater the tragedy, that there is an entire generation which has grown up without any understanding of the events, or the gravity of the events which occurred 30 years ago,” she said.

“They are as disconnected from this day as if it never happened or that it occurred in some other country and not Grenada. What a travesty that has unfolded. Shame on us then if we allows this to occur for it is an insult to the memory and value of the lives that were snatched from us on this day,” she said.

Seon said all of Grenada owes a solemn duty not only to the victims, but most especially to the families of these victims, to preserve the history of the events of the day, both preceding and proceeding, so that there is permanent untainted evidence of the acts which were committed on 19 October 1983.

“We must strive to be selfless devotees of the truth of this day notwithstanding that the naked truth of it all makes us distinctly uncomfortable. It is said the truth and only the truth shall set you free. Most importantly as well, I believe that this country will not have closure until the bodies of those murdered are located and properly laid to rest,” she said.

Calling for those who know the truth to speak up in the interest of the truth she said, “Whoever holds the key to that discovery, we challenge you to embark on an extraordinary act of courage, and reveal this secret to the families who long for the day when they too can put closure to their constancy of grief,” she said.

“I believe, this simple act will bring long awaited relief for those of us who stand rigidly erect in our belief, that these victims, all of them, deserve a proper peaceful place of rest,” she said.

As a result of the 19 October 1983 tragedy, the US Military invaded the island on 25 October and bought an end to the Grenada Revolution. Since then 25 October is observed as Thanksgiving Day and a national holiday.

NOW Grenada is not responsible for the opinions, statements or media content presented by contributors. In case of abuse, click here to report.
Tags: 1983bishophistoryleslie-annlinda strakermauricerevolutionseon
Next Post 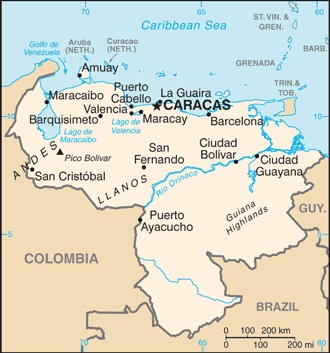