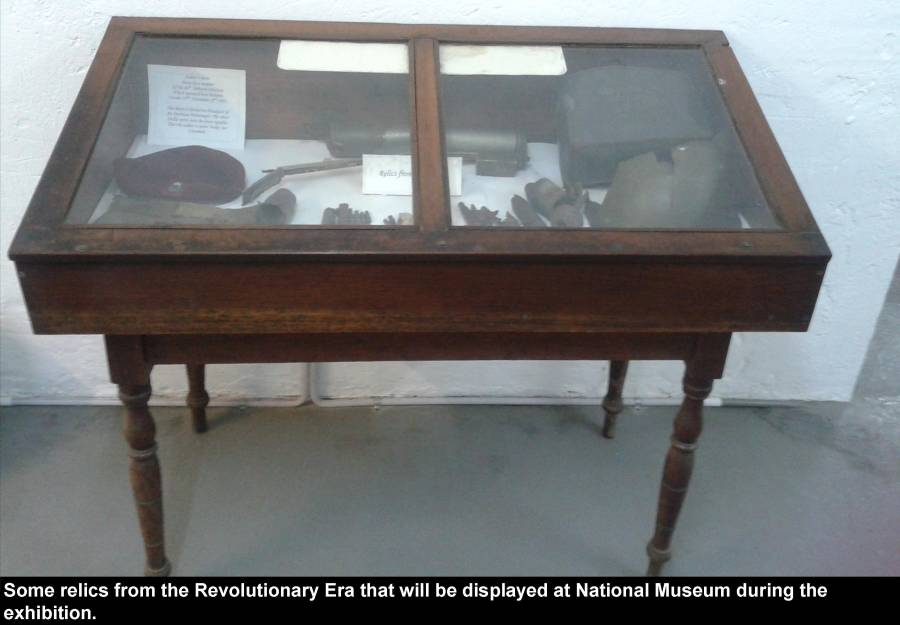 In commemoration of Grenada’s 30th Anniversary of the US Intervention, the National Museum will be hosting a month-long exhibition of items and artefacts from the Revolutionary period.

On display would be photographs, books, buttons, newspapers and a number of other relics dating back to the 1970s.

Mr. Angus Martin, Historian and Manager of the Museum says the museum sees it as its role to present Grenadians and visitors alike with  information on that very important era of Grenadian history.  He says that although the museum has had revolution-themed exhibitions in the past, this year it would like to do more.

“Because this year is the 30th Anniversary, we want to use this time to bring out more about the events of October 1983, in fact, this year we would like to portray the entire revolutionary period from 1979 to 1983,” Mr. Martin said.

He said that films and actual footage of Grenada during that era are also in the line up for display.

“We’re looking forward to showing some films that contain actual footage of Grenada in the late 70s and early 80s. In them persons will get to see images of some of the streets and buildings in St. George’s and get glimpses of Grenada back then,” Mr. Martin said.

Martin, who is also an author, said that recognising this very short, but pivotal period in Grenada’s history is of paramount importance, and that he hopes the exhibition, and the museum on whole, would attract persons of all ages.

An entrance fee of $5.00 will be charged for adults and $2.50 for children. Fees can be adjusted to accommodate large groups.