The play “Redemption Time” which was written and directed by playwright Francis Urias Peters takes a snapshot from our historical past. The play was excellently produced and directed, and all the actors must be highly commended for their fabulous performances. It was a bowlful of serious drama pleasantly sprinkled with a sufficient quantity of comic relief. It is no surprise then that it took the playwright over ten years to fully conceptualize the production as there were so many episodes of human trauma, suffering, death and disappointment coming from what is usually referred to as Grenada’s “revolutionary period”.

The name of the play itself forces one to raise the question, “Why Redemption Time?” An applicable definition of the word “redemption” suggests that a person or persons have been saved from some sort of error or evil. In this light the play did in fact live up to its name when at the close of the curtain, “Rachael”, (marvelously acted by Dale Bhola-Wilks) who was an ardent revolutionary, recanted, having been seemingly saved from the  onslaught of revolutionary fervour. Redemption here was a far cry from what was portrayed in the movie called “Redemption” which action thriller depicted a story of revenge, rather than a story of healing. Rachael’s emotions depicted healing as she finally walked with her man “Winston” (superbly played by Kareem Alexis) into the glorious sunrise of their future.

The story began in the year 1978 with “Miss Audrey” (also superbly played by Agatha Alexis with tremendous “impact”) at her home. The inside of the house prominently displayed a picture of her political hero, Eric Gairy, the then Premier of Grenada. She was a staunch Gairyite acknowledging that Gairy was instrumental in improving the lives of many poor people in Grenada, including her own. On the other side of the coin was her son “Steve”; (again superbly played by Samuel Ogilvie, the actual son of former Commissioner of Police Nestor Ogilvie). “Steve” was indoctrinated to be a revolutionary and had no regards for Eric Gairy, to the consternation of his mother, “Miss Audrey”. In a relatively neutral position was “Audrey’s” other son “Winston” who concentrated on preaching the gospel. The family was therefore torn between different philosophies and ideologies.

The portrayal of Gairy’s “mongoose gang” wreaking havoc on the lives of anyone who dared to oppose was vividly captured by the acting of Earl Mc Leish who represented Gairy’s “Police”. The imagery of those “bloody days” came out in full force. Then “the revolution” came on 13 March 1979 and Gairy was overthrown. “Miss Audrey” could have died and in fact did die sometime later after succumbing to a stroke, as events unfolded.

“Winston” the pastor was flabbergasted and especially so when he found out that his brother “Steve” was killed as a consequence of the coaxing of his revolutionary acquaintance “Joseph” (played powerfully by Terrence Walters). “Winston” then pulled a pistol at “Joseph”. The death of “Steve” in fact represented the deaths of thirteen brave Grenadian soldiers who were killed during the military intervention in October 1983. Those soldiers firmly believed that they were defending the homeland and that they were capable of burying the “imperialist invaders” in the sea. “Miss Audrey” however questioned the capacity of little Grenada fighting against big America. The irony of the situation is that all the key revolutionary leaders, represented by “Joseph” came out from the war unscathed.

Scenes of the chaos which occurred on what was then Fort Rupert (now Fort George) on 19 October 1983 when the armored vehicles arrived were vividly displayed with video presentations. It was on that day that Prime Minister Maurice Bishop, his cabinet colleagues and many civilians were brutally slain. The portion of the play which involved the military intervention was poignantly portrayed with video scenes of what happened on 25 October 1983. There were scenes of helicopter gunships doing their military maneuvers and releasing their bombs. The harsh sounds of heavy artillery were heard in the background. It was war in Grenada. 19 and 25 October 1983, came alive at the Spice Basket in Beaulieu.

It would be a great pity if all of our youthful population would not get the opportunity to see this play. It may well be a good idea if special runs could be made especially for the students at our schools at special admission prices. Those students need to become acquainted with the history of this country, for as Francis Urias Peters himself has reminded us, “A people who forget their history are prone to repeat it”. High praises are quite in order for all the cast and background supporters of “Redemption Time”. Well done Francis!! Well done!! You have done it again!!

NOW Grenada is not responsible for the opinions, statements or media content presented by contributors. In case of abuse, click here to report.
Tags: francisgairyjosephlawrencepetersplayredemptiontheatreurias
Next Post 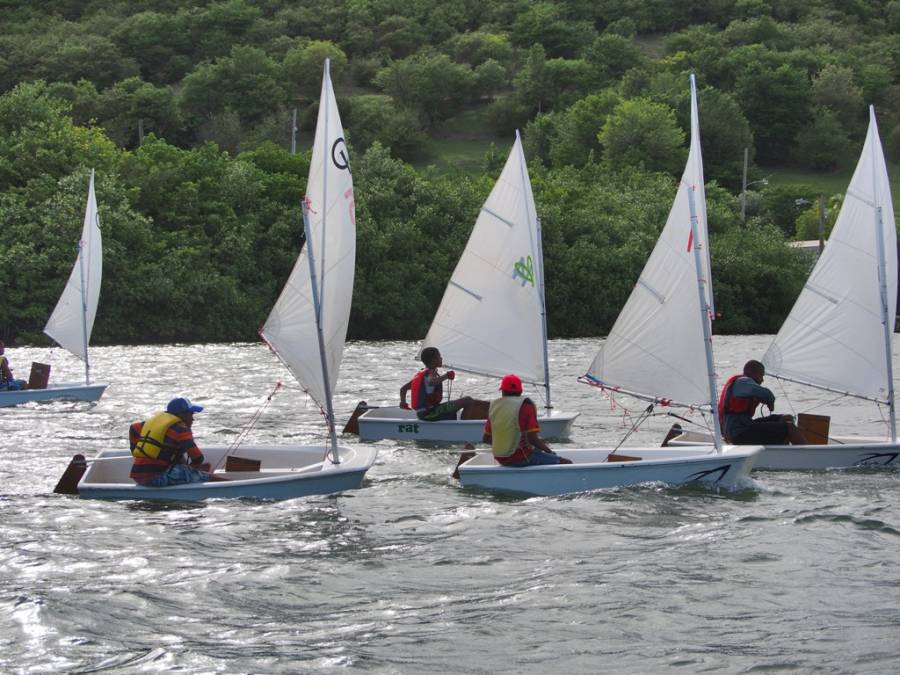