This story was posted 9 years ago
in Business, General News
2 min. read

Grenada’s Lower House of Parliament has amended nine pieces of legislation to enhance the island’s compliance with the Caribbean Financial Action Task Force rules and regulations.

‘The adjustments are aimed at stopping every available avenue to eliminate terrorist financing and money laundering,” said Gregory Bowen, Leader of Government Business in the House of Representative who explained that the amendments are not only being done to laws in Grenada but in other region territories.

“They too have to comply with the legislative adjustment as the region put the structures in place to ensure that companies, non government organization, charities, fraternities and groups of a similar nature are not use to finance terrorist activities,” he said.

The Companies Act now provides for all Non-Governmental Organisations (NGOs) to register under the companies Act in the same format as company. “This means that the names of the directors and others associated with the organisation will be known,” Bowen said, who explained that there is growing evidence in many parts of the world that philanthropist and other use charities and NGOs to finance illegal activities such as terrorism, money laundering and human or migrant trafficking.

The criminal code amendment specifically makes provision for the criminalization of human trafficking, migrant smuggling, environmental crimes and piracy. The legislators approved for the inclusion of “hostage-taking”  which means a person who seizes or detains and threatens to kill, or to injure, or to continue to detain another person in order to compel a third person to do or to abstain from doing any act as an express or implied condition for the release of the person.

A person found guilty of “Hostage Taking” will be liable to conviction on indictment to life imprisonment. In the area of piracy it means any illegal act of violence, detention or any act of depredation, committed for private gain by the crew, including the master, or the passengers of a private ship, a private aircraft and directed on the high seas, against a ship or aircraft. The penalty is also life imprisonment.

“We are not leaving any room or loopholes in the law for those who may what to take advantage of any situation,” said Roland Bhola who presented the Criminal Code amendment to the legislators.

NOW Grenada is not responsible for the opinions, statements or media content presented by contributors. In case of abuse, click here to report.
Tags: launderinglegislationlinda strakermoneyngoparliamentterrorismterrorist
Next Post 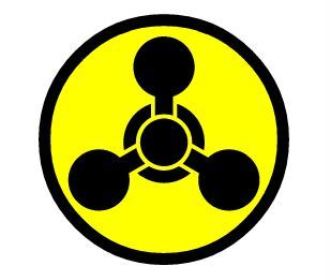