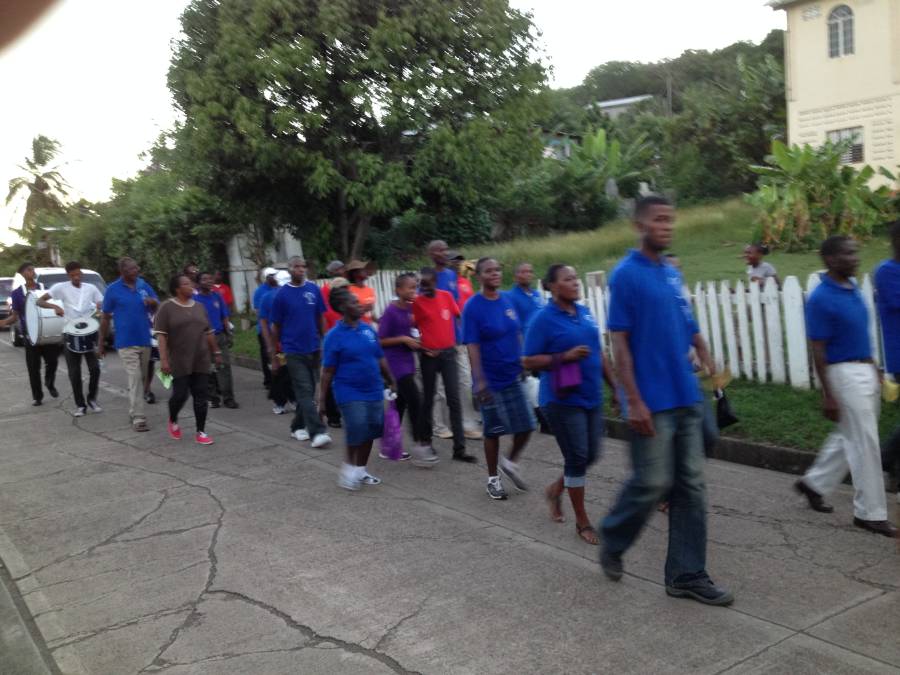 The chant was: “man to man is so unjust… woman to woman is even worse” but Raeburn Nelson, elder of the Marantha Seventh Day Adventist church said that the march was not one targeting homosexuals but against men’s immorality.

“This was really a call for men to turn from their immoral ways, there are men who are child sexual abusers, men who are doing other and lots of sinful acts, men who are not caring for their family and so on, so this was call for them to stop the sexual immorality and at the same time check on their health,” he said while explaining that during the march there were two presentations on issues relating to men’s health.

“We had a presentation on men and their mental health and the other on prostate cancer,” said Nelson who explained that this is the fourth march to be undertaken by the church as it seeks to bring the message of health personal and spiritual living to the wider community and not just its membership.

Though mixed with other issues, this is the first time that an organised group has publicly expressed disapproval to homosexuality in Grenada.

NOW Grenada is not responsible for the opinions, statements or media content presented by contributors. In case of abuse, click here to report.
Tags: adventistchurchgaygrenadagrenchaphealthhomosexualitylgbtlinda strakermarchmensda
Next Post