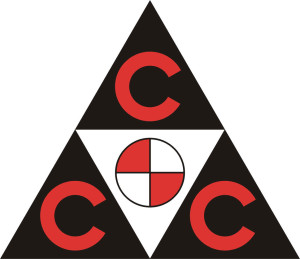 Seventy- six persons are said to be steadily employed with Consolidated Contractors Company, which has completed its first farm road and is presently constructing roads in the Morne Delice and Mount Tranquil areas in St David.

“Since we commenced work in July we have actually completed the Laura Road, which was the first road since we returned to the island,” said an official of the company who explained that in the coming weeks there will be more job vacancies as construction is scheduled to start on the Concord Road in St John and other parts of the island.

The roads are concrete finish, because the asphalt plant for hot mix is not in operation. The Concord Road according to the official will commence in January 2014, and dozens of workers, in particular construction workers in the area, will gain employment. “This will push the number of persons employed with us by that time to beyond 100,” is the assurance.

Construction of roads is one of the areas which the ruling New National Party has said will provide hundreds of jobs. Parliament recently approved legislation for Government to secure a US$10 million loan from OPEC Fund for International Development in loan to construct roads in St Patrick.

The St Patrick’s Roads and Rehabilitation Project aims to support economic growth, through the rehabilitation and upgrading of two sections of roads in St Patrick, from Duquesne to Sauteurs, and Morne Fendue to Poyntzfield. The 16 kilometres of roads which will asphalt and concrete will also include the construction of four large bridges, and rehabilitation of twelve small bridges. Once the project starts, hundreds are expected to be employed at the various projects.

The US$10 million will have an interest rate of 4.5% per annum and a three year grace period. The first semi-annual repayment will be October 2018 and the final is due April 2032.

NOW Grenada is not responsible for the opinions, statements or media content presented by contributors. In case of abuse, click here to report.
Tags: cccconstructiongrenadaloanopecpatrickroad
Next Post