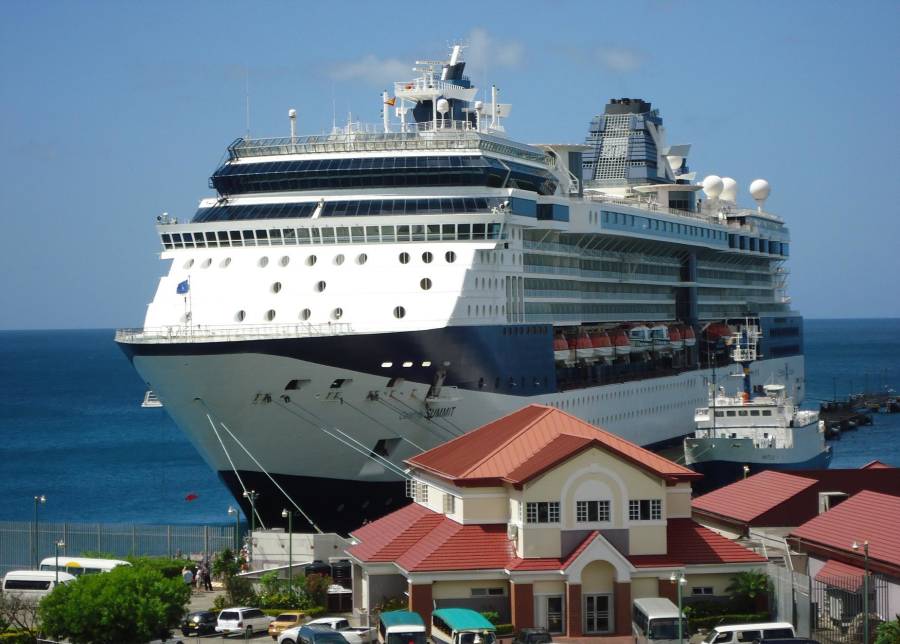 Share
With a total of 161 cruise vessels to call to its shores between the months of October 2013 and July 2014; and at least two months scheduled to welcome more than 30 ships, Grenada is expected to have a very busy and productive cruise ship season. According to the Grenada Board of Tourism’s (GBT) Head of Product Development and Customer Service, Mrs Nikoyan Roberts, the cruise ship season is Grenada’s “opportunity to convert a one-day visitor into a two-week visitor, based on how well we represent our diverse product and give consistent service excellence to all visitors.”

In a recent interview, the GBT Official told the GIS that although the 2013-2014 season has experienced a decrease in ship calls; it is comparatively better than last season, due to calls now being received from larger cruise vessels.

“Ship calls this season are down by 11.5% (instead of having 182 ship calls, we have 161 calls) however, we have also experienced a slight increase of 2% in cruise passenger capacity with this season providing 235,062 passengers, as opposed to last year’s passenger capacity of 231,277 passengers,” Mrs Roberts said.  Grenada is also currently working on successful outcomes, with ongoing negotiations for additional cruise calls during the Summer period.

“The MSC Divina will actually provide two chartered calls. They are travelling out of the Southern US, into Brazil for World Cup Soccer and they will stop in Grenada on their way down to Brazil and on their way back up again,” Mrs Roberts informed.

According to the GBT’s cruise schedule for the rest of the month, Grenada expects calls from – Celebrity Eclipse on November 22;  Balmoral on November 23;  Emerald Princess on November 24; Ventura on November 25; Celebrity Summit and the Silver Cloud on November 27; the MSC Musica (inaugural call) on November 28; and AIDA Luna on November 30. This is a combined total cruise passenger capacity of 17,795 passengers, of which approximately 60% are expected to either book scheduled Tours (35-40%), and take independent Taxi Trips (15-20%) of Grenada’s touristic offerings.

The cruise ship season is one of the most important touristic income-generating activities of the year. Its related activities do not only translate into immediate earnings for the industry’s stakeholders, but significant revenue for the country on a whole.

Burke Admits to Job-seeking with Multitude of Institutions