President of the Grenada Union of Teachers Lyon Lewis is accusing Prime Minister Dr Keith Mitchell of attempting to put the population against the labour movement and warns that his Union will not be pressured into making any decision to meet the Government’s timeline to sign off on the home-grown programme.

Addressing the Nation last weeknight, Prime Minister Dr Keith Mitchell said his government appealed to labour unions to be understanding of the nation’s fiscal challenges and be moderate in their demands, especially during the period of the home-grown programme.

In September of this year, Government wrote to all unions requesting that the issue of salaries for public officers for the period 2013 to 2016 be settled in time for the presentation of the 2014 Budget in December of this year.

“Furthermore, Government made an offer of modest increases to all unions. The finalisation and success of Grenada’s home-grown programme require an upfront settlement of the wage bill issue,” he said.

But Lewis is of the opinion that the Prime Minister’s message is one of blackmail that can lead to “serious vexness.” “By saying that the Trade Unions must accept, otherwise the process will be derailed, is grossly unfair. The Prime Minister is attempting to make the trade unions look like a big monster and this can lead to serious vexness,” Lewis told reporters in a news conference on Friday.

In her statement, President of the Grenada Trades’ Union Council Madonna Harford said that the membership was unclear about the message from Dr Mitchell who is also the Minister for Finance.

“We are somewhat confused by the direct inference made by the Prime Minister that unless the Public Workers accept the wage proposals made by the Government, the IMF and other potential financiers will not approve the US$100M which will be available to Grenada,” she said.

“Our affiliates have always been generous in their proposals for wage increases and it’s noted that the last wage settlement accounted for 1.5% actual increases for each year of the agreement for the period 2009 to 2012,” she said.

NOW Grenada is not responsible for the opinions, statements or media content presented by contributors. In case of abuse, click here to report.
Tags: budgeteconomygutimflewislinda strakerlyonmitchellsalaryspeechunionwage
Next Post 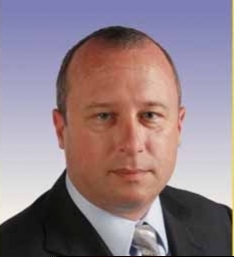